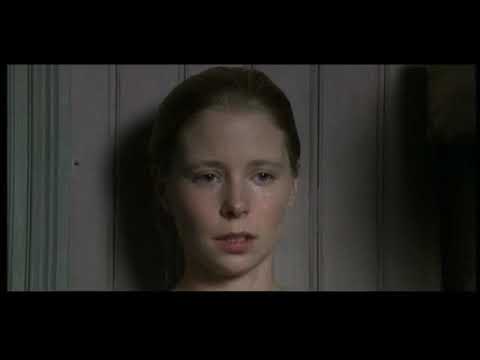 It seems like this film is some kind of sequel, but it doesn’t continue with the film, rather Bergman has simply adapted the main characters. “Saraband” is a musical drama and the last film that Bergman directed. The difference between the two projects is thirty years, both in film and in reality.

After thirty years, Mariana (Liv Ullmann) decides to visit her ex-husband Johan (Erland Josephson), with whom she has not seen for thirty years, and they have not had any contact. During that time, Johan became a millionaire and bought the house that used to be his parents’ house where I live. Johan and Mariana are old people, she is 63 and he is 86 years old. There is almost no one near his house, except that his son Henrik (Börje Ahlstedt) and granddaughter Karin have been living in a small summer house for several months. In the 1973 film, Johan and Mariana were the center of attention, while this time they are a little less important, so instead we follow the relationship between father Henrik and daughter Karin. However, Johan and his son Henrik have a special relationship that we follow a little bit in the film, and that relationship consists of pure hatred, the worst and the darkest, and the only reason that Henrik is allowed to live in a house is Johan’s granddaughter Karin, whom she loves immensely. him.

In addition to the three of them, Henrik’s wife was with them, who died a few years ago, thus making life difficult for Henrik and Karin, because they both have a hard time living without her. Henrik already feels very lonely, so he begins to fear that his daughter, who is already nineteen years old and has a fantasy about a musical career and independent life, will leave him. Her father is gifted with musical instruments and taught Karin to play the cello. He gives her classes and she gets better day by day, but that is not enough for him and demands that she get even better, which leads to a conflict between the two of them. The drama becomes more and more recognizable, more and more difficult and Bergman’s style is more and more visible. Mariana is now in the middle of everything, trying to help Karin get rid of her father and start living her life, she is also trying to understand the hatred between father and son and besides all that she is trying to understand her feelings towards Johan which are not clear to her.

Connoisseurs of Bergman’s work know that he does not change the team either in front of or behind the camera. Liv Ullman has acted in ten films under his direction, and Erland Josefson in as many as fourteen. After about thirty minutes I recognized Borja Ahlstet because I had already seen him in Funny and Alexander. Only Julia Dufvenius did not act under or directed by Bergman before or after this film. It’s great to see Erland play that old, stubborn man who hates everything. In fact, their characters have not changed much except that they have aged, but that is also an advantage. We all know how Bergman always likes to photograph faces up close so that we can accurately read some of their emotions, and this time we can also see the wrinkles in the faces that show some experience of life, as if each wrinkle is a story for itself. At one point I admire the two of them for their courage to see them without any wardrobe on, I wouldn’t dare do that now, let alone at that age.

There is another interesting fact in the plot of the film. At the very beginning, when Mariana enters Johann’s house, she says that she will just wait a minute and then starts looking at her watch, counting the seconds. When he counts the minute, we will notice that only thirty seconds have passed, and thus Bergman proves to us that he controls everything in his films, even time. Saraband is a piece of music written by Johann Sebastian Bach and composed for cello. Also, Saraband is one dance, so both are related to a film that is considered a word dance. There is also a hand dance, when Karin at one point caresses and comforts her father with her hands on his face and looks ingenious, as if those hands are not dependent on the rest of the body at all and have their own life.

Finally, I would like to point out that this is the last film that Bergman directed, and the first that he shot with a digital camera. Only two years later, one of the greatest film directors passed away at the age of 89.