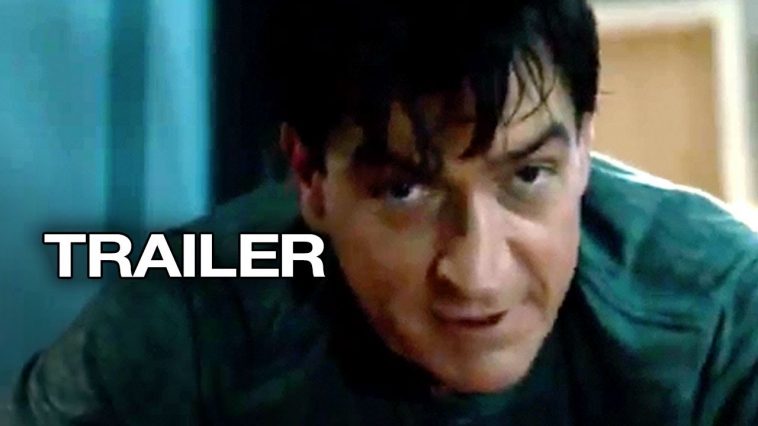 The first part provoked positive reactions from both audiences and critics with its innovativeness and quality of parodies of over ten films, but the quality, humor and viewership constantly decreased in each subsequent film, so even before watching it I assumed that this would be a rather uninteresting film.

The action takes place in the family house of Dan and Jody, who start noticing bizarre activities after bringing a newborn baby. With the help of certified experts and numerous cameras, they discover that they have become the object of curiosity of an evil demon that is making their lives more and more bitter. Dan and Jody need to figure out how to get rid of the demon as soon as possible, before it’s too late.

The first thing to notice is the lack of material. The films mentioned can now be counted on the fingers of one hand, and these are Paranormal Activity, Inception, Black Swan, Evil Dead and Mama. Jokes and nicknames are quite banal, extremely predictable and extremely uninteresting, without any creativity or wit. Even in certain scenes, the line between the brutal, but acceptable, and the meaningless and vulgar is lost. This film is not funny, but it creates a feeling of transfer of shame while watching and insults the intelligence. He overexploits everything that is mentioned in it, especially marijuana and rap music, and he is possibly interesting to some adolescents. The tandem of screenwriters who created cult comedies such as Airplane or The Naked Gun seems to have picked up all the tricks from their earlier films and inserted them into this one, without a shred of innovation.

As far as the actors are concerned, the absence of some kind of protective face of this franchise is noticeable, and that is Anna Faris. She is replaced by Ashley Tisdale, an actress who continues the tradition of choosing extremely irritating roles. Her partner is Simon Rex, who provides a performance that is constantly repeated in this series. The inevitable Charlie Sheen, boxer Mike Tyson, as well as rapper Snoop Dogg also appear.

It seems that the producers could comfortably pick up people from the street and give them roles, because acting skills are really unnecessary for shooting this film. On the other hand, money could be invested in developing characters and jokes, because the amount of humor is really at a worrying level, as if you are watching a difficult life drama, and not a parody.

Most people agree that it is much easier to criticize a bad film than to praise a good one, but this is not the case, because it is simply impossible to find enough words to describe this horror.  I feel sorry for the people who paid the entrance fee for the screening.