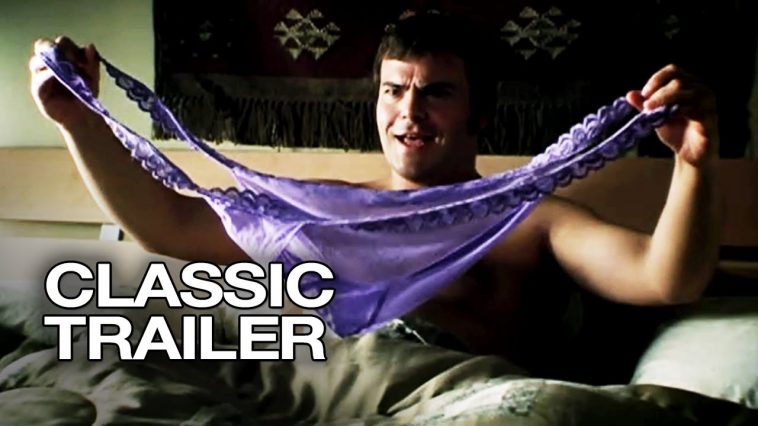 As I have already mentioned on this site, I do not appreciate the works of the Ferrell brothers (Bobby Farrelly, Peter Farrelly) too much. I am of the opinion that most of their projects represent a standard of distaste, clichés and everything that a film should not be. One of the few of their films that made a good impression on me was definitely There’s Something About Mary, a romantic comedy that works pretty well. They tried a similar recipe in this case, but quite unsuccessfully.

Hal is an extremely unattractive bachelor who makes contact exclusively with above-average beautiful and handsome girls. He is convinced that he is the conqueror of women’s hearts, and the thousands of outbursts he receives every day fail to bring him back to reality and bring him down to earth. On one occasion, he remains stuck in an elevator with guru Tony Robbins (playing himself), who hypnotizes him to see a woman’s appearance that shows moral goodness, so that unattractive goodies look like sex bombs to him, while precocious girls with bad mental characteristics look extremely bad. In his life, Rosemary then appears, whom he observes with his new eyes, to the general dismay of the environment.

This film tries to show in a specific way what we all know, but few people apply, and that is that physical appearance is only a less important half of human characteristics and that the impression it creates is often wrong. The traditional incorrect humor is noticeable, which mocks everything it can, without a certain limit, so that the film offends certain groups of people too much, especially the fat ones, and is close to pure exploitative film. Fatty jokes, plenty of stereotypes, a solid number of stupid jokes and numerous clichés, here is a short description of the content of the film. There are some scenes that show a view of the world from someone else’s perspective, which is praiseworthy, but those scenes are too short and irrelevant for the plot itself.

Jack Black is great in the role of Hal, who represents his characteristic role with a dose of sincere human emotions. The fact is that he acts less, and has more fun and with his spontaneous, comic charisma holds attention and laughs. The attractive Gwyneth Paltrow radiates appearance and, miraculously, achieves good chemistry with Black, so they really act like a loving couple. They are accompanied by a large number of interesting actors, among whom I single out Joe Viterelli and Jason Alexander.

“Shallow Hal” is a fun movie, but not at all times and not for everyone. It is commendable that the action takes place between a plethora of relatively stupid and clichéd scenes and sketches, but that action is not so effective and efficient. It can pass to kill time, but viewers who do not like black humor, stereotypes and a dose of exploitation of elegantly filled people should bypass it in a wide arc.