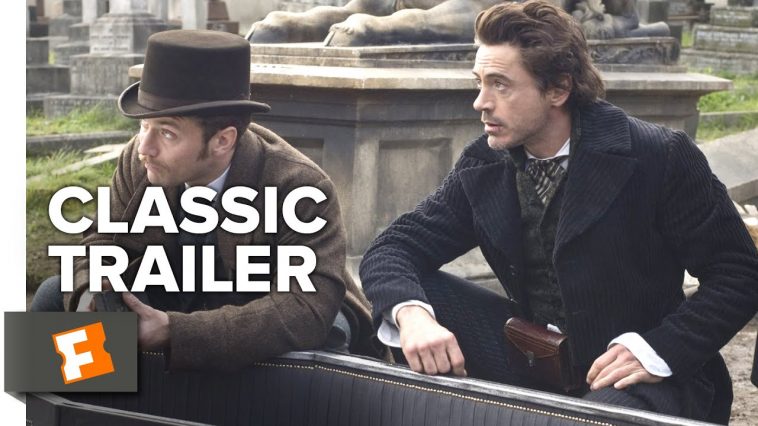 The hero of Sir Arthur Conan Doyle was played by hundreds of people, while millions of readers indulge in fantasies about his appearance and appearance. The very information that the director’s baton for the latest film adaptation was entrusted to Guy Ritchie meant that we would see the famous detective in a completely new, completely longer edition, which we have not had the opportunity to see so far.

At the beginning of the film, Detective Sherlock in tandem with his assistant Dr. Watson successfully closes the murder case by arresting the occult Lord Blackwood. Shortly afterwards, Blackwood returns from the grave and continued his murderous campaign, so Sherlock throws himself in pursuit of him again, with the help of Scotland Yard. Along the way, he manages to come into conflict with Dr. Watson’s fiancée, falls in love with the seductress Irene Adler again and is drawn into a web of fraud and black magic.

Richie fully meets expectations. Although this is the most commercial project he has worked on, the film has not lost the original Ritchie charm of his earlier films. The atmosphere of dark, hostile London is brilliantly portrayed, and dirt and misery can be felt from every frame of the city. He presents Sherlock Holmes as an egocentric, depressed eccentric, while Dr. Watson is presented, instead of as an unbalanced, unreliable assistant, as a cold and calculated companion who, unlike previous screenplays, manages to attract attention no less than Holmes. The atmosphere and scenes are accompanied by great music that was worthy of an Oscar nomination.

The decision about the main actor was probably made during the writing of the script, because there is no better candidate for Sherlock the egocentric than Robert Downey Jr. Robert gives Sherlock a different look and image, so Sherlock is more reminiscent of James Bond than a traditional detective. Dr. Watson was brilliantly portrayed by Jude Law, a great balance between the role of assistant and companion and the role of an equal part of the tandem. The main duo has great support in supporting actors. Among them stand out Mark Strong as Lord Blackwood, and Rachel McAdams as the seductive Irene Adler.

“Sherlock Holmes”, with the exception of a few small holes in the script, as well as the standard Hollywood ending, is an ideal combination of a crime film intertwined with action and adventure. A great script, a great casting and a top director have created a great, entertaining film that makes the new film adaptation of the popular detective a must-have in the eyes of every film lover.