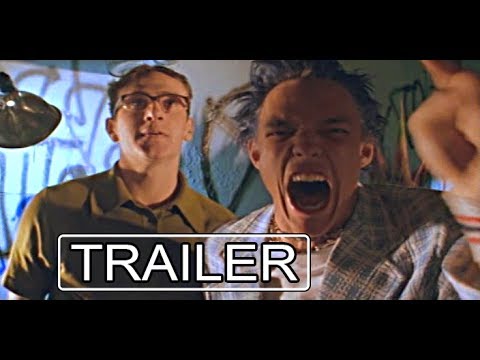 For a long time I delayed watching this film, guided by the thought that it is an average project about immature anarchists who are waging their own battle against the system and society. After watching it, I completely changed my mind, because this is a completely different film adaptation of punk culture, and I was quite surprised by the quality and the positive impression it leaves.

The story follows two punks named Steve and Bob, who are officially the first tandem of anarchists in the conservative and rather monotonous Salt Lake City. Their way of life is explicitly shown, which consists of a lot of drunkenness, music, sex and drugs. In addition, the film has numerous dialogues that explain the theories and slogans of punk culture, its advantages, disadvantages, means of realization and, finally, the reasons why most fans of sub-culture give up on it as time goes on.

I would not pay attention to the characteristics of the punk movement itself, because I am of the opinion that most of them are familiar with it, I will only state that they are presented in this film quite realistically, convincingly and truthfully. The script is written in such a way that Steve, in addition to the main role, also has the role of a narrator, so that he better evokes the action that takes place and explains it at the same time. The main protagonists grow up physically, the world around them changes, but their thoughts and mental state remain the same. Their main goal is to be different and to oppose everyone and their main fear is not to be connected to others in any way. I will mention the thoughts of the narrator who, just before the finish, states that they were the anarchists of the present, without any thoughts about what will happen tomorrow and where such thinking will take them.

This film is not oriented for teenagers and pure entertainment, but it is much smarter, with a lot of meaningful dialogues and a kind of message. The way of shooting and the course of the action create the impression that it is a kind of documentary film, and in support of that is the fact that, as a film, the story concentrates only on Steve, who can be identified with any member of this subculture anywhere in the world. I must mention the excellent soundtrack, which consists of numerous punk and punk-rock compositions.

As for the technical side, the project is not at an enviable level, but it is still understandable due to the rather small budget. However, it is visually beautiful, it was done professionally, with certain technical effects that were unusual at the time. A big plus is choosing a great actor for the film, and in this case it is Matthew Lillard who did his part of the job as well as possible. The viewer’s attention is focused on him, so that certain shortcomings that would be visible to everyone are not noticed. He had some kind of rerun of the role the same year, in the great comedy Senseless. Also worth mentioning are Michael A. Goorjian in the role of Bob, as well as, today a very popular comedian, Jason Segel.

“SLC Punk!” Is definitely not for everyone, but a large number of film lovers and open-minded people will enjoy it. It’s fun, intelligent, it’s a great depiction of a rebel sub-culture and I enjoyed watching it.