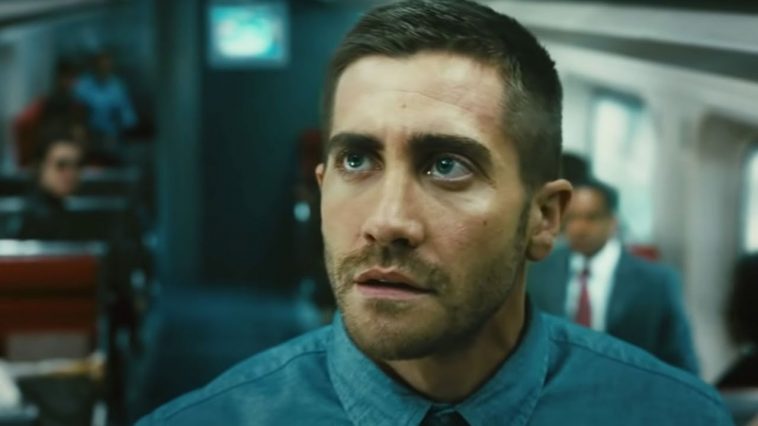 Most of today’s SF thrillers come down to the same, a large amount of action, special effects and expensive scenes combined with clichéd dialogues and a script seen so many times, and based on the trailer, I concluded that this film will not be out of that mold either. I was wrong after the introductory few minutes.

The main protagonist of the film is Colter Stevens, a pilot of a military helicopter whose last memory is the battlefield in Afghanistan. He wakes up on the train and soon discovers that, not knowing how, he has taken on the identity of another man named Sean Fentres. Eight minutes after waking up, the train explodes and Colter wakes up in some kind of pod. He further learns that he is returning to the train until he finds out who the bomber who destroyed the train is and learns that he is part of a new secret project of the American army that enables another man’s consciousness to be visited eight minutes before his death.

Director Duncan Jones, who made the top sci-fi The Moon, did a great job with this film as well. We have seen a scenario in which the main character returns over and over again in a lot of movies, e.g. in Groundhog Day, but is now set in a thriller instead of a comedy. The plot of the film has not been seen so far, it is interesting, it holds attention and the film is intelligent and fun.

Although the film is sci-fi, you have the impression that you are watching something else, because the film is dominated by a different atmosphere that takes the whole film and the viewer’s approach to it in a completely different direction. The film is fast enough and does not allow the viewer to relax and notice a few illogicalities and holes in the script that it has. The very end of the film divided the audience, but for me, despite a few objections, it failed to spoil the general impression of the film.

Jake Gyllenhaal does a great job in the lead role and carries the entire film. He completely presented every shot and his acting talent is especially expressed in the scenes of returning to the train, when he brings each return with more perseverance and a greater desire for success. His role is brilliantly complemented by Michelle Monaghan and Vera Farmiga, who play his train companion, that is, the woman in charge of fulfilling his mission.

Unfortunately, the film did not manage to experience greater cinematic success, it was not in the rank of real Hollywood blockbusters for distributors, although, shown in the film, with the addition of perhaps some special effect, it completely deserves a place among them.

I liked the film, even though I’m not a big fan of this genre. He has the necessary excitement, he keeps his attention, he has enough premises of other genres and he managed to avoid most of the clichés that abound in modern films. I recommend it for watching, especially to fans of the sci-fi genre.