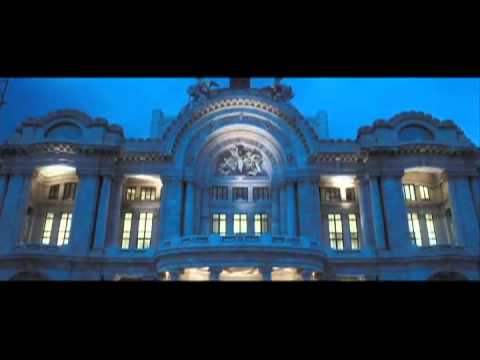 Guess which is the 14th largest country in the world? What is the 11th most populous? You don’t know? It is Mexico, a country without an official language, although Spanish is represented in all spheres of society. Spanish and 62 Indian languages ​​are equal languages ​​throughout his territory, and due to his bloody and turbulent history, Mexico could speak French or English. The federal republic, organized with 31 federal states and districts, was the “target” of many colonial powers that set up their “satellites” to control the surface and natural wealth of the huge giant. Power and authority was the guiding star, especially of the generals who, leading the revolution, often lost touch with reality and did not know how to stop after it. With their megalomania, they pretended to rule the masses that once followed them with delight.

I am not writing this purely for no reason, because the story of the film builds on one such man and much more on the life of his wife. This film is a film adaptation of a successful novel by Angeles Mastrett, which has been translated into more than 15 world languages. The story is partly based on the life of Maximin Avila Kamach, the wild, promiscuous brother of Manuel Avila Kamach, who was then president of Mexico from 1940-46. Maximino, like our hero of the story Andres Ascencio (Daniel Giménez Cacho), was a general, and later he became a political beast, the governor of the state of Puebla. He was known for drunkenness, femininity, and he was extremely violent towards his enemies. However, the story of the novel is not based so much on the general and his ambition to become president, but on his wife Catalina. She is a simple, simple girl who, blinded by his security, strength, attention and, above all, direct intentions, marries a much older man at the age of sixteen, so green and inexperienced. During the fourteen years that the novel deals with time, Catalina (Ana Claudia Talancón) transforms from a mere adolescent without any life knowledge to a skilled manipulator, a fatal woman to whom that life on honey and milk has given and taken away a lot.

“How will I learn to feel?” Asks Katalina, a local prophetess who introduces her to the charms of enjoying sex in a vulgar but effective way (by lifting her skirt and showing how to satisfy herself). “What does it mean to love” our heroine felt only by meeting the handsome musician and conductor Carlos. Carlos (José María de Tavira) is the general’s political opponent, and in that let’s call the love triangle, Catalina is a kind of husband “Mata Hari” and she buys time for her love trips at the expense of spying on “enemies”.

What to say specifically about the film? Not a small six million dollars were invested in an attractive display of that period. This was mostly seen on the beautiful costumes of the main actress, military uniforms, beautiful hairstyles, as well as the rich interiors of furnished villas and buildings that exuded culture, style and tradition. We hung out with the beauties of the city of Pachuca, its province in a couple of great scenes, riding horses, in the fields of flowers where Carlos, inspired by his love, says “I wish the smell of my grave had the smell of flowers on your body.” By the way, in 2009, the film was the Mexican representative for the Oscars.

From everything attached, it can be seen that this is a high-budget film, a grateful synopsis, probably a well-written book, impressive costumes and scenography, good acting interpretations, especially by Ana Claudia Telacon, whom I noticed from the provocative El crimen del Padre Amaro where she starred with Gael Garcia Bernal. Obviously, she can handle this “transformative” freer role, because there is a fire in her seemingly innocent face that is just waiting to move and stab the sting. It also has quite a number of nude scenes, so the film will be a treat for the male gender.

It’s not that I have anything against the film, but I just don’t like a lot of characters that haven’t been used in an adequate way. Of the general’s many opponents, his right hand man, her family, and the numerous children that Catalina raises in addition to her biological education, we see only walkers, and perhaps the most responsible for this omission is the screenwriter who did not “wash” the book and throw out excess material. This way, the film was supposed to last at least another hour, so that these supporting characters would get a chance. The dramatic elements are classically linear and do not try to deviate from that conservative form. So, the film was consciously made for the wider masses. It was probably a hit in domestic cinemas, but I have to admit that it is pleasantly digestible and the shop slides nicely. Beautiful traditional Mexican music is also sufficiently represented.

A little more courage in the realization would give different (I’m not saying better) results. This is how we can enjoy the measured drama of a more lavishly produced, but eye-pleasing soap opera.