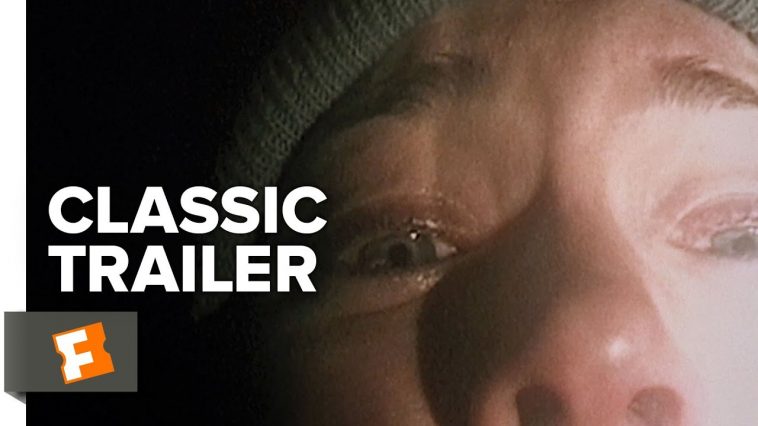 This low-budget project of Daniel Majrik and Eduardo Sanchez managed to earn over 300 million dollars with a more than modest budget of some 30 thousand dollars. Like any film that emerges from some kind of traditional mold, this one has developed audiences into two camps – critics who think this is, in every sense, a bad movie, to fans who consider this film a masterpiece not only in the world of horror, but in all world cinema.

The beginning of the film shows us three young film lovers who disappeared in the woods in Maryland during the filming of a documentary project about a local witch from Blair. Their handheld camera footage represents the rest of the film. The three main characters, with relatively modest technical equipment, after an interview with several locals, decide to investigate this legend that kidnaps and kills small children. After entering the forest, their expedition encounters numerous problems, starting from the fact that they soon get lost in the mountains, through numerous unpleasant sounds, all the way to traces that unequivocally say that someone or something is following them.

The most important reason for the success of this film is that the authors, similar to the authors of the documentary All All Gone Pete Tong with a deaf DJ in the lead role, made an advertising campaign in which they promoted the film as a true documentary about a witch who killed young filmmakers. That is exactly why many fans of the film could hardly wait for the premiere, while the cinema screenings were sold out months in advance. Comparing it with today’s films that make huge profits, this project is incomparably worse from the technical and production side, but it has numerous characteristics that make it a unique film for that time.

The main factor that creates fear in this film is a very tense atmosphere. The heroes spend a good part of their time listening to sounds, observing unexpected changes and anticipating what will happen next, without explicit scenes of blood, violence and horror. At no point is a phenomenon / witch shown that makes them scared, so the viewer is scared just like the main characters, for an unknown reason. Some historical fact combined with local legends and the terrible atmosphere in the forest, especially during the night, makes fear produce the worst possible notions of what is happening, even if those events were relatively harmless and insignificant.

A big plus of persuasiveness to the film is given by completely unknown actors who do more than good work. In addition to acting, their job was to record everything that was happening, because they were carrying handheld cameras and microphones, and not some third or fourth person. While reading the texts on the Internet, I came across numerous tricks of the author’s tandem to evoke the atmosphere of the film even more, so that, among other things, the actors were in the woods for days with little food and were really scared at night, so the viewer gets the impression the film really happened to an unfortunate trio.

You don’t have to be a horror movie fan to appreciate this project. Starting from the fact that the authors literally put their finger in the eye of the overly rich production houses, through a very tense atmosphere, to the extremely original idea and realization of the entire film. This is one of the most original and most cost-effective films in the history of cinema and represents a great film experience.