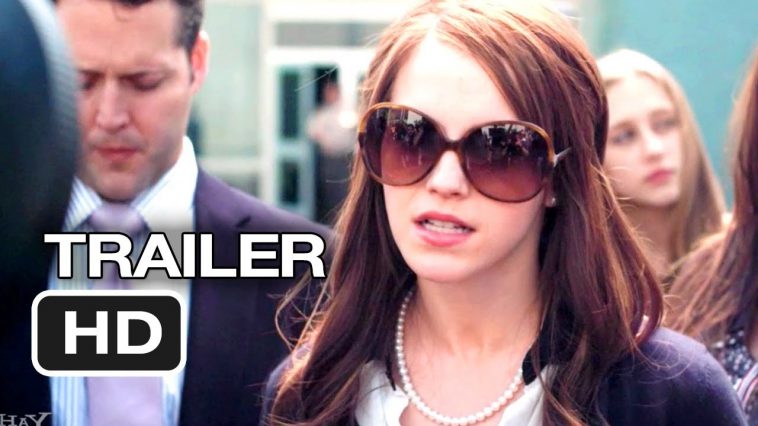 Oscar winner Sofia Coppola has always stood out with specific films that are more in favor of the female part of the audience, but which also have an interesting and artistic character. This latest project of hers stands out from what we are used to from it, primarily because there is no fun dose in it, the interest is at zero, while the artistic line is under a big question mark.

The film was made in addition to the women’s magazine Venity Fair, in which Nancy Joe Sales wrote an article about a team called Bling Ring that broke into the homes of world-famous stars and stole certain pieces of clothing and jewelry. The team consists of four girls and one boy, with occasional friends from school joining them. They chose their homes by searching the internet for stars that would be far from their home, and then, most often unhindered, they broke in. Over time, the need and habit of stealing and breaking in increased, until their final arrest.

The first thing to conclude while watching is that this film simply does not have a script. The whole plot consists of randomly thrown scenes, while the emphasis is on scenes of entertaining the team in other people’s houses. In addition, the film is interrupted by parties with higher doses of alcohol and drugs, as well as frequent changes of clothes and obsession with new fashion trends. The chemistry between the characters does not exist, their characterization is minimal, while the girls, with the exception of the well-known Emma Watson, almost completely resemble each other, both physically and mentally.

Dialogues are totally irrelevant and, it can be freely said, unnecessary. They do not affect the action, nor do we learn and discover anything with them. Instead, the characters are portrayed as ultra-snobs full of egocentrism and self-confidence, except for the male gang member, who is extremely funny and pathetic with his reasons for joining the gang. With such characters, you can’t immerse yourself too much in the film, so the primary goal, to keep your attention, was missed after about ten minutes. The curiosity is that the most important part, the trial and sentencing, was done in just a minute or two.

The acting in the film is, to put it mildly, horrible. Emma Watson is one of the reasons why this film was not declared a complete failure, not because of the quality of the acting, but because her role is completely different from the one we are used to from her. It is true that the script did not give the actors too much space to swing and show what they know, but they are all extremely unconvincing and pale in what they do.

The fact is that this film is a kind of metaphor of the empty wannabe lives of young wealthy Americans, but that metaphor is portrayed very poorly. If you are interested in social criticism of American youth, take a closer look at Spring Breakers, which, although also not convincing, acts as a masterpiece compared to this film.