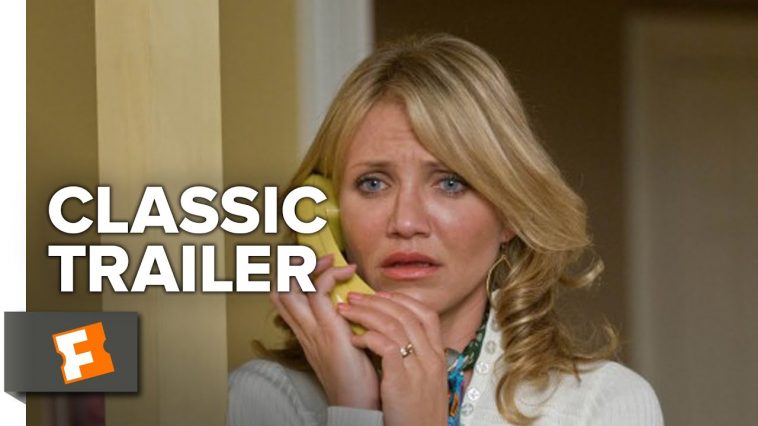 One family was offered a million-dollar job. All they have to do is press a button on the box and they will kill one person they don’t know. Considering that the director was Richard Kelly, the man behind Donnie Darko’s film, a lot was expected from this film, primarily because they are of a similar genre and have similar elements. Another thing, high expectations are caused by the story itself and its higher significance, which is hidden from the eyes of the average viewer.

The Lucy family consists of three members, father Arthur, mother Norma and son Voltaire. They live a modest life in a small town. Although Arthur works at NASA while Norma teaches in elementary school, their financial situation is pretty bad. Their daily activities are quite common, which the director shows us in a Hitchcock style. Their rhythm of life was disturbed by a box with a red button that was locked. That box represents a kind of offer offered to them by the mysterious Arlington Stewart. It consists of the fact that when a button is pressed on a box, a person in an indefinite part of the planet will die, and they will be rewarded with a million dollars for that endeavor. Arlington gives them an incentive by leaving a hundred dollars in gratitude.

The project gained in authenticity by the fact that extensive shaping and characterization of the characters was done, as well as detailing about their lives. This approach of portraying the devil / evil is the best. It doesn’t put your hand on the button and doesn’t help you press it, but leaves you the choice to do it or not. It can be influenced by psychological methods, but not by coercion. The film provides an opportunity to get a lot of imagination, because Arlington did not say whether he works for the good or the bad, as well as the possibility of what would happen if, for example, Arthur and Norma forced someone else to do it for them and they would stay clean. conscience.

The screenplay is based on a short story by Richard Matson “Button, Button”. There are certain things and motives in the film that are there to tell us something, but they are not told enough and not a lot of attention is paid to them, although two hundred durations of the film are enough to show all the important items. During the film, a parallel is noticed with Adam and Eve, because the box is compared to the fruit of paradise, while Arlington can represent a snake. Some critics criticize the director’s subtle sexist attitude. There are a lot of unexplained things that should be clarified and funny situations with absent reactions.

The whole film was practically presented by three actors, who still did not shine. Cameron Diaz played the role of Norma, while her partner was James Marsden. Mysterious Arlington was solidly played by the interesting Frank Langella.

The final question is whether this world is just a purgatory where our humanity is tested. The film generally did not do well with the audience and received rather bad reviews, so the question arises whether the films that talk about such important topics have become boring. If so, I hope the situation will change.