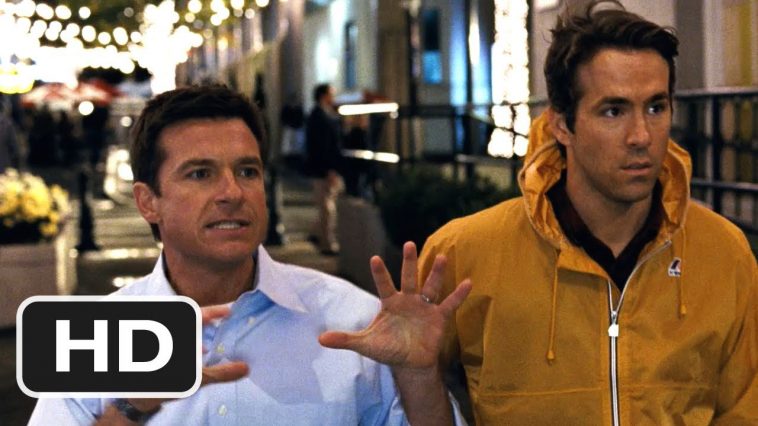 Films in which the plot revolves around the two main characters replacing the body are filmed so often that the question arises as to what could be innovatively inserted into it to attract attention. As a rule, all these projects have almost the same plot and course of action, so I looked at this project to see if it would drown in a sea of similar, predictable and relatively uninteresting films.

The main protagonists are Mitch and Dave, former best friends who have drifted apart over time. Dave is an overworked lawyer with his wife and three children, while Mitch is an unemployed, unmarried and irresponsible adventurer. They envy each other, because Dave longs for rest and a day without obligations, and Mitch lacks love and a good job. After a drunken night, they wake up in the morning realizing that their bodies have changed places. Despite being free from their usual routines, they realize that their lives are not nearly as beautiful as they seemed.

Attention is drawn to the fact that the director was David Dobkin, who directed the popular comedy Wedding Crashers, and that screenwriters John Lucas and Scott More were in charge of the script for the trilogy The Hangover.

Although he exploits such a used topic, he has a dose of originality that he gets from the extremely debatable and vulgar humor that you either adore or disgust. The characters were characterized and presented quite realistically, with problems that plague most people, so that the whole project gained sentimentality. However, one cannot escape the impression of predictability and what has already been seen, which spoils the whole enjoyment of the film. There is almost no innovative scene that has not been seen in previous projects and it is safe to say that the script is quite poor, even pathetic. The impression is spoiled by several rather unrealistic scenes, especially with children. The fact is that the film also dealt with the question “what would happen if it happened”, which a large number of people ask themselves, but it is poorly realized.

Choosing Jason Bateman and Ryan Reynolds for the title roles is definitely a plus for the box office and they did a decent job. Somewhere in the middle of the film, Bateman takes over everything, because the plot was reduced to an abundance of pornography and swearing, and it can be said that his specific appearance and humor saved that part of the film. The two of them are not convincing as best friends, because they basically quarrel all the time and there is no positive chemistry between them. Leslie Mann also appears as Dave’s wife and Oscar winner Alan Arkin as Mitch’s father.

This is definitely not a comedy for everyone, due to the specific and occasionally debatable humor. I didn’t like it because of too many clichés, too few innovations and more scenes that made me roll my eyes and want to stop watching.