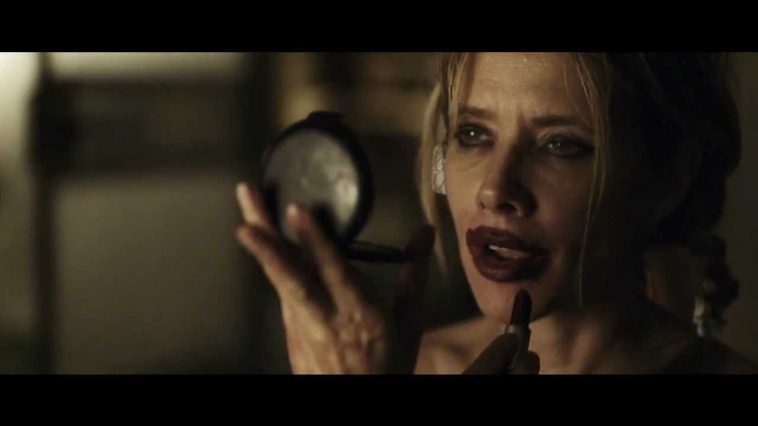 After the excellent French project Frontiers, Xavier Gens made another film that is brutal in every way. He moved away from the horror genre into a post-apocalyptic thriller drama, but only seemingly, because the film really deals with terrible things in the human psyche, and there is no greater horror than that.

A quiet day of the occupants of a building in New York is interrupted by an alleged atomic bomb explosion. Everything is falling apart, people are in a panic, chaos is brewing and the surviving tenants are looking for salvation in the basement of the building. The team in the basement consists of: Eva and her husband Sam, the distrustful janitor of the building Mickey, brothers Josh and Bobby, as well as the nervous single mother Marilyn and her daughter Wendy. At the beginning, they slowly adapt to the given situation and come to terms with their destiny, slowly realizing what happened to them, they survive day by day. As the days in the basement turned into weeks, and with it the supply of food and water decreased, the tenants became more and more nervous and violent as the days passed and they finally moved on each other.

Individuals classify this film as an apocalyptic / post-apocalyptic genre. I would not completely agree with that statement, because we are only given indications that there was some apocalypse, after which the planet probably remained destroyed. The characters in the film are locked in the basement all the time and cannot go outside, so we are not told if there are conditions for living outside if it is eventually unlocked. It is possible that there is an epidemic, an illness or something else in question, so there is room left for a possible second part of the film.

The script is well written and comes to the fore, especially in this kind of “closed” film. It shows us the decline of the human psyche and its path into darkness, as well as the slight creation of tension between the characters, all the way to the explosive, one might say shocking end. At one point, a glimmer of hope for their salvation was on the horizon, but at the same rate as it appeared, it disappeared even faster. The protagonists of the film are in the dark all the time, both literally – in the basement, and in the darkness of ignorance of what is actually happening, what happened, what will happen. It also does not give an exact time determinant of how long the basement is and how long the system breaks down. In addition, the film contains scenes of physical torture, killing and sexual exploitation / abuse, the scenes are explicit, brutal, extremely aggressive and disturbingly realistic.

As for acting performances, I have to point out the young Michael Eklund, who “killed” with a convincing role, as the greatest extreme villain without borders, as well as Michael Biehn, who is standard good. I will not praise the main protagonist, because apart from participating in the surprising ending, she did not show anything worth mentioning in the acting sense.

Scenes of violence shown in order to achieve the most shocking effect are most often cited as the biggest flaw of the film, with some illogicalities in the characters and unexplained events at the end of the film. Thus e.g. we have one great illogicality, a devoted mother who becomes a promiscuous woman who does not care about any code of conduct, and who finally “loses” the child in a relatively short period of time.

Simply put, the film shows the extremism of the human psyche in a very extreme situation. We never know what is hidden deep inside us until, for some reason, it comes to the surface, whether we like it or not.