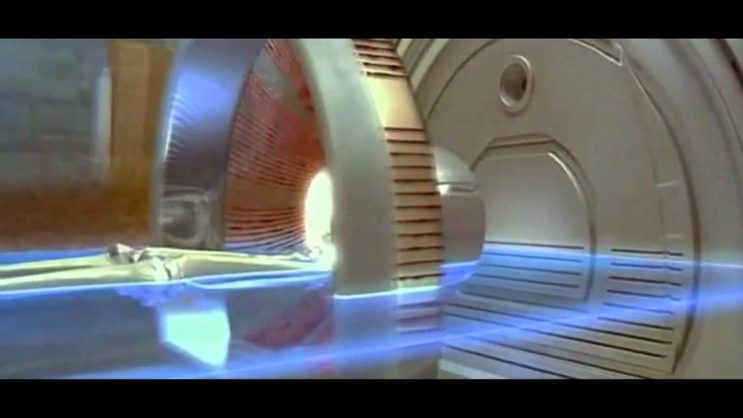 Luc Besson is considered the most popular French director and producer. He is known to have a great talent for shooting spectacular action scenes, but critics criticize him for not giving too much importance to the story itself and the course of the action, but it all comes down to action scenes and special effects. That is why some film fans place him among the icons of the film, while others consider his films to be products that are better to watch if the brain is completely turned off. The project that made it popular is the great sci-fi blockbuster “Fifth Element”, which is one of the most expensive French films ever made.

The plot of the film is set in the 23rd century, when the planet Earth is threatened with destruction. The only hope for humanity is the so-called The fifth element, which comes to Earth every five thousand years to protect people with four stones that contain the four elements: fire, water, earth and air. The spacecraft that returns the fifth stone to Earth is destroyed by the evil Mangalore, and a team of scientists uses DNA to create a perfect creature named Lilu. She escapes from the laboratory and runs into a taxi driver, Corben Douglas, a former member of the elite units who helps her escape from the police. Corben finds out about the mission entrusted to her by her father Vito Cornelius and decides to help her recover the stones from Mangalore and the evil Jean-Baptiste Emanuel Zorg.

Before the premiere, this project simply invited the audience to the cinemas with the fact that it was the most expensive French film at the time, that Hollywood production professionals like Columbia Pictures were involved, and that the title role was taken by superstar Bruce Willis. after the screening the audience remained divided. While some thought that this was a new cult sci-fi film, others were of the opinion that this was only a commercial series of shots of clichéd scenes from earlier films. Besson admitted that he got the first idea for this film at the age of 16 while he was on vacation, and critics note that the film looks exactly like it was shot by a rich teenager, while real film artists can’t even get a percentage of the money invested. in this project.

The scenario is quite simple and can be reduced to an action seen so many times, the superhero saves the world and takes his partner to bed. There are no deeper dialogues around him or anything that leads to at least a part of an art film, but some relatively insignificant parts and characters have been inserted, such as the character of a radio host. On the other hand, the film has numerous bright spots, among which stand out the originality of individual characters and locations, a great camera and photography, as well as superbly done, futuristic costumes. Definite highlights are special effects and superior sound.

Corben Douglas was brought up by Bruce Willis, a man who gained fame by playing the portrayed roles of a hero who saves everyone around him. His routine and charisma were enough for an excellent grade for his performance. Lila is played by the great Mila Jovović, for whom this was one of the strongest roles so far. There’s also Besson’s old favorite Gary Oldman (Gary Oldman) who masterfully plays the roles of neurotic or disturbed roles, as well as Chris Tucker (Chris Tucker), who has acted less and had more fun.

The “fifth element” has all the elements that are key to good fun. It’s a great link between the old cult sci-fi and the new Hollywood blockbusters, and every true film lover should watch it. One of my favorite movies.