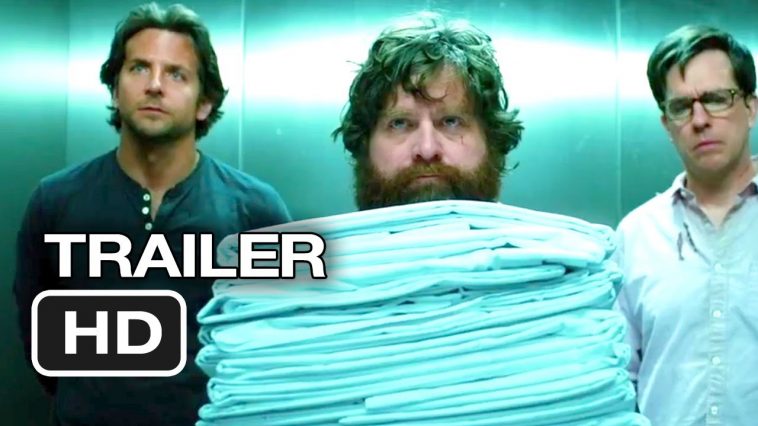 Contemporary expensive film hits that manage to exceed the producer’s set goal in terms of earnings almost as a rule must have a sequel. There are rare cases when the second part managed to surpass the original project, while it belongs to the domain of science fiction to do the third part. Such is the case with this film.

The central hero of the third part is Alan (Zach Galifianakis), who behaves extremely insanely after his father’s death. Phil (Bradley Cooper) and Stu (Ed Helms) decide to help him by taking him to a specialist hospital, but along the way they are kidnapped by a mob gang led by Mr. Marshall (John Goodman). He is troubled by Mr. Chao (Ken Jeong), a very striking and energetic Chinese man who appears in the previous two parts of the film. Chao stole a large amount of gold bars from Marshall, and the only man who has regular contacts with him is Alan, who must find him within three days under the threat of blackmail.

The very beginning of the film manages to fulfill my darkest premonitions – that this will be an extremely extreme attempt to exploit and raise money at the expense of old glory. As the plot progresses, so many expectations fall, making the end of the film, if you haven’t stopped watching it earlier, a salvation. A large number of clichéd and predictable scenes, empty dialogues with very little humor and concentration on Alan and Chow as the main sources of comedy are the main features of this sequel.

The larger budget that the producers had is noticeable, so the film takes us from an exotic island, through Tijuana, all the way back to Las Vegas. In addition, a large number of scenes in which the surroundings of cities and landscapes are shown are noticeable, which I understood as an unreasonable extension of the duration of the film. As I mentioned, humor is extremely debatable and, not counting a few good tricks that can be counted on the fingers of one hand, it often makes you feel the transfer of shame and the need to give up watching. I am of the opinion that the producers were wrong to record it at all, because it achieved relatively poor success at the box office.

The actors didn’t show anything new that we haven’t seen in the previous two sequels, except that Alan and Chao got more space. Bradley Cooper is surprisingly pale and seems almost uninterested, while Ed Helms’ reactions occasionally turn into hysterical and overly pronounced attacks that make the viewers want to hit him. Worth mentioning is the well-known John Goodman, but his role does not allow him to be too active and show what he knows.

The final part of this trilogy is too pale, predictable and uninteresting. It doesn’t have anything specifically good and worth mentioning, let alone something unforgettable and will eventually appeal to franchise fans.