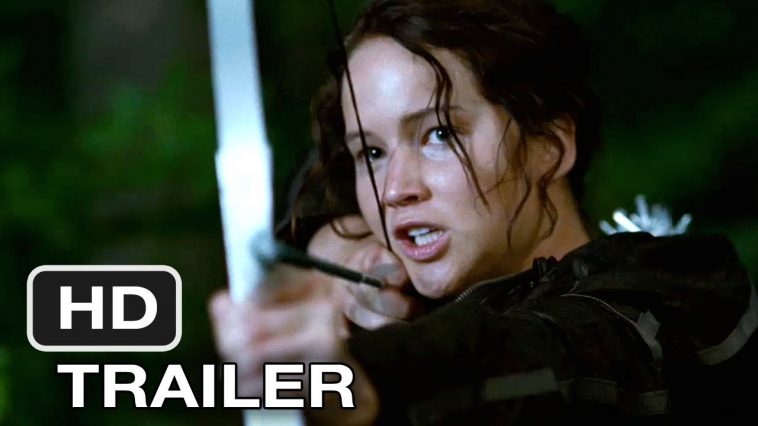 In anticipation of the sequel to The Hunger Games: The Catching Fire, I decided to write a review of this very good menu, and for most only a blockbuster film based on the bestseller of the same name by a certain Susan Collins. Many claim that Collins borrowed (stolen) a few details from the Japanese Battle Royale for the book, but I see more similarities with Orwell’s “1984”. While that may be true, because Batlle Royale is from 2000, I don’t go into that part, I don’t compare the film to that film or to the book, because then I wouldn’t write my impression of the film but a pure critical review which is not my goal. So, without going into that, I’m writing further about my impression of the film, and as a big fan, don’t complain about the perhaps excessive subjectivity.

The film is an adventurous sci-fi drama set in some future time in the United States. They, like the rest of the world, were destroyed by wars, ruined by drought, fire, famine and other natural disasters that always go hand in hand. However, from all these remnants rose the so-called. the state of Panem, where the totalitarian-dictatorial regime rules and presides in the rich Capitol, which is a place for the elect, and the rest are twelve poor districts from which each year and from each district by random selection one boy and one girl aged 12 to 18 who fight to the death live on television in The Hunger Games until only one survivor remains. In District 12, a frightened 12-year-old girl is chosen as the female representative / contestant, but her sister, Katninis Everdin (Jennifer Lawrence), volunteered to save her from certain death. Pete Melark (Josh Hutcherson) was elected male representative. Along the way, they meet their mentor Heimich Albernatio (Woody Harrelson), who is one of the winners in some previous cycles, and now a disinterested participant in those games who seeks solace and salvation in drinking. When they come to the Capitol, they face strenuous physical preparations for the greatest challenge of their lives. There are a total of 24 competitors in the game, and only one can be a winner.

As I said, the screenplay was based on the books of Susan Collins, which only adapted it to the film, but according to many, it was not good enough and lukewarm. She is most resented for the insufficiently shown brutality that is not in the film that abounds in books. However, the question arises whether it is really necessary to explicitly show a violent and bloody scene, when it is enough to suggest what happened or what is happening at the moment. Personally, I don’t think that she failed there, and the only objection I make to the director is because the action and the plot around the film only starts after half of the film, until then I could have sat down and almost gave up watching. Directed by Gary Ross, who is known for a special and very dear to me film Pleasantville. I think he lacks the intensity, creativity and dynamism that this film must have from the very beginning. He composed the first half of the film very intricately and confusingly, but that’s why he did the second half well, although it could have been much better and more dynamic again.

What is most impressive and best in the film is the young Oscar winner Jennifer Lawrence, who simply excels and dominates regardless of the bigger acting names than her. We love her character so much already at the beginning of the film and she has our admiration because she so sincerely acted out sacrifice and love for her sister, and ability, nobility and justice are all that describes this heroine of ours. She doesn’t become a dangerous predator when she finds herself in the Arena, she is still Katniss. Her partner in the film Pete had to be in some way the opposite – withdrawn, insecure, confused and much weaker than her. He was brilliantly played by a young American actor, Josh Hutcherson, who I think is one of the great future male stars. From the line-up, I would also like to point out the aforementioned Woody, singer Lenny Kravic, as well as Stanley Tucci as the host of these Games.

Now, we come to the part where we talk about the middle ground. Some have the impression that this is a counterpart to the Twilight saga or that this is just a continuation of such a craze for this film to the tin population. I would not agree at all because the film, under the shiny and superficial cover of the blockbuster, deals with much more serious burning topics and serious messages important for the fate of the entire population of this planet run through the film. It is our own fault that we do not notice them, that we do not see any similarities with the so-called the American dream, that we do not connect the theme of the film and the mere existence of the Capitol with shadow rulers and many similar elements. That’s my view – this is just a film based on a book, the book was created on the idea of ​​a writer, and the idea of ​​a writer is taken from real life.