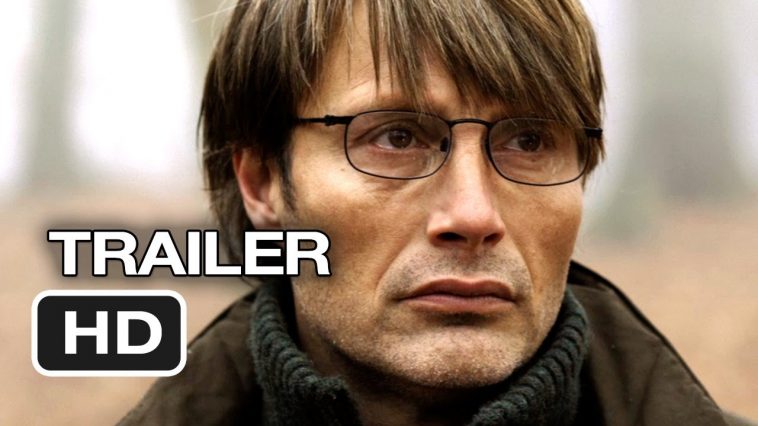 The Danish film directed by Thomas Winterberg, The Hunt, in the original Jagten, is one of those that I write about with pleasure. I am really glad that a non-Hollywood film like this managed to reach a wider audience and it is a real pity that this is not a common case, given that many films from this category are of excellent quality, which due to modest promotion remain relatively anonymous outside their borders. countries.

However, often the promotion of a film is not so much a problem as the audience is not interested in film content like this in this project. Aside from the fact that this film deals with pedophilia in some way, we already mean the lack of interest in content that generally deals with ordinary people and their everyday problems. Related topics in this film have often been covered, but this time The Hunt offers us a completely different side of a very dark and taboo subject.

The central figure of the film is Lucas (Mads Mikkelsen), an educator at a local kindergarten, where he is employed after losing his teaching job. After the divorce and job loss, Lukas is going through a difficult period, fighting at the same time with his ex-wife for custody of his son Markus (Lasse Fogelstrøm). At work, Lucas meets Nadia (Alexandra Rapaport) with whom he begins to build an intimate relationship and his life begins to improve. However, his life soon turns into hell, after the community completely innocently accuses him of pedophilia, based on just one lie of a little girl from kindergarten…

In The Hunt, it is very interesting to watch a lie spread like a contagion, without questioning its authenticity by those who flap its wings. To a certain extent, this social phenomenon is also understandable, taking into account the circumstances and the very reason for its launch, more precisely a very sensitive topic such as child abuse in this case. After all, get away with it. Do you think with complete certainty that in reality you would stand on Lukas’s apartment or you would simply be guided by the popular one, there is a bit of truth in every lie? The example may not be as extreme as in this film, but it is worth asking how often we tend to “label” someone, without a specific reason and evidence.

What additionally awakens the viewer’s empathy towards the protagonist of the film Lucas is supported by the extremely positive features of this character. Namely, Lucas is presented as a very moral person, with a great degree of self-control, which makes you even more indignant because of the injustice that is happening to him and which, as a result, seems even greater to us. It is almost a cathartic scene for the spectator, when Lucas is completely humiliated, finally loses his control and decides to fight back.

When it comes to acting in this film, she definitely needs special attention, because she deserves it with full rights. Lately, it has been a bit worn out to say how good an actor Mikelsen is, but there is something almost magical in his acting, which inevitably encourages words of praise. Apparently, his charisma was noticed by Hollywood, so it seems that, in addition to Danish, we will hear him speak English more and more often. The climax of Mickelsen’s role of Lucas is reached in the scene of Christmas Eve in the church, more precisely in the scene of his simple but very penetrating look, which speaks more than a thousand words and finally awakens the worm of doubt about his guilt.

Also, one should not neglect the acting of Thomas Bo Larsen in the role of Tea, Lucas ‘best friend until the moment of Lucas’ stigmatization, also the person to whom the previously mentioned view was directed. It is interesting to mention the interesting role of the young Annika Wedderkopp, who played Teo’s daughter Klara in an extremely convincing way, that is, the girl from whom all of Lukas’s hell originated.

I wouldn’t want to force anyone to watch what they don’t want, but if you are a fan of good and, above all, quality drama, I absolutely recommend this film. However, it seems that it is difficult to explain to many that films also exist outside of Hollywood production, often of better quality and not so stupid. Having in mind the success of the film The Hunt, it is very likely that a remake of it will soon appear in Hollywood, because if something was not shot there, for most it is almost as if it never even existed.