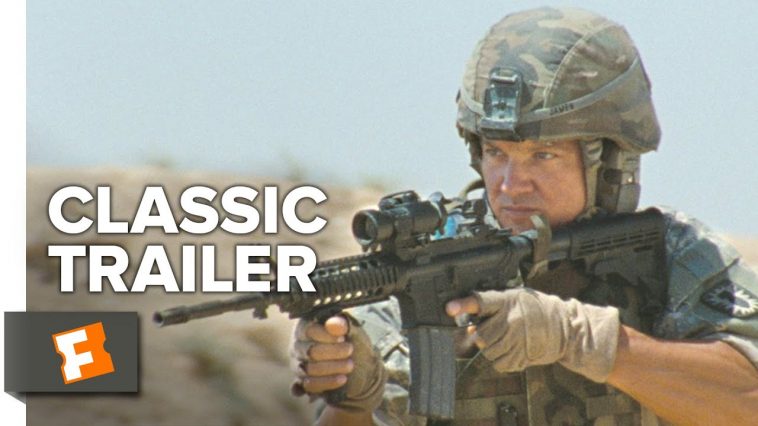 Most people, after reading the description of the plot of the film, will give up watching it with a typical excuse and opinion that it is another war film that propagates American democracy. If you do that too, you will make a big mistake. This film is not like that, but just the opposite. This is an anti-war film that you will understand in the right way if you give it a chance. Also, a big plus is that the film is devoid of pathos, which is almost mandatory in similar projects. This film offers a clear and, one might say, a truly sad and cruel depiction of war and its devastating consequences on the human psyche.

Iraq. Baghdad. A special unit of soldiers, trained for the most dangerous job in the world – dismantling bombs, just a few weeks before the much-coveted home, after the death of their commander-in-chief – got a new deputy who was not what they expected. When the new Sergeant James takes them over, he constantly forces them into new life-threatening tasks. As soldiers struggle with a new unconventional leader and his seemingly light-hearted view of work as a deadly challenge, the war is raging more and more, both within themselves and in Iraq itself, which is becoming increasingly bloody.

The director of this film, Kathryn Bigelow, seems to have found a new self after she divorced James Cameron and along the way found a great recipe for a very good and instructive anti-war film. However, she did not continue with that recipe in her latest project, Zero Dark Thirty, which represents a large amount of cheap American war propaganda.

The script is great, as is the direction. This is a layered film shown in a slightly different technical light. This technical part is perfectly realized, shot with a lot of large shots, in locations in, of course, Iraq, as well as in Jordan and Kuwait, with a hand-held camera, which gives a big plus to the authenticity and persuasiveness of the film itself. The quality of production is proven by as many as nine Oscar nominations, of which he won six (for directing, screenwriting, editing, sound editing, sound editing and photography).

The film is not filled with dynamic fight scenes, as everyone expects. The internal struggle of the soldier with himself is emphasized, the tense internal claustrophobicity of the individual when he finds himself “face to face” with the bomb, in this case Sergeant James. For him, war has become a means of raising adrenaline instead of an obligation that the majority must reluctantly fulfill. He was brilliantly, effectively and very convincingly played by Jeremy Renner, who definitely deserved the Oscar for best male role, but that year he was bypassed by the golden statue and went into the hands of Jeff Bridges. I have to mention Anthony Mackie, who was solid, matched well (in terms of acting) to Sergeant James as his subordinate and represented a rare voice of reason in all that madness, then David Morse and the beautiful Evangeline Lily. Evangeline Lilly) whom we know as Kate from the Lost series.

This is a very difficult film, a life drama that intertwines the destinies of many. The story, which shows that war is not at all amusing, shows all the cruelties with a clear and rough depiction of all the horrors, in the worst possible form. In addition, it shows how devastating it is for the human psyche, and does not put itself clearly on either side, it simply conveys what we all know – war is a drug. However, it is not easy to get rid of that addiction.