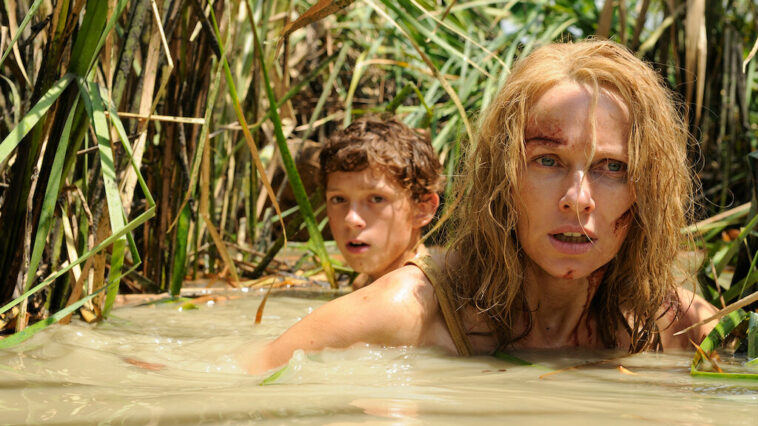 Based on a true story, which the writer Maria Belon turned into a shocking confession published under the title Lo imposible. We remember the bombastic news that went around the globe in an instant about the devastating tsunami in Southeast Asia.

The whole project was realized under the patronage of the production companies Mediaset Espana and Summit Entertainment (provided most of the funds for the production of about € 30,000,000), which implies that it is an American-Spanish co-production. The theme of this disaster film is not the director’s fascination with demonstrating the power of indomitable nature, but the fate of members of an ordinary family, which found itself in an exotic place, a real paradise for tourists.

Sergio Sanchez adapted the traumatic experiences of a Spanish family affected by a natural disaster into a suggestive scenario, giving us an unforgettable film story. It has been speculated who should be entrusted with the director’s baton, bearing in mind that the screening of true events is essentially a thankless job in the film industry. The relatively small budget significantly influenced the choice of the Spanish director, who is used to working in more modest productions, compared to, say, colleagues from the other side of the Atlantic. Juan Antonio Bayona (J.A. Bayona), the author behind the notable horror film The Orphanage from 2007, was in a way a logical choice, given that he had already collaborated with the aforementioned screenwriter, which proved to be a complete success.

Maria (Naomi Watts) and Henry Bennett (Ewan McGregor) along with their three sons arrive at an exclusive resort in Thailand – Khao Lak. They just wanted a little enjoyment and relaxation during the Christmas holidays. However, the morning after Christmas, a terrible tsunami swept the entire area, triggering a water disaster that took everything in front of it, leaving the devastation and death of local locals, arriving tourists and casual travelers. Immediately after the disaster, the survivors are trying to find their loved ones. Maria, although more seriously injured, in the company of her eldest son Lucas (Tom Holland), driven by animal instinct, sets off in a desperate search for her husband and two sons (

I have to pay tribute to the entire film crew. First of all, they managed to do a lot of good things with such a budget. The technical aspect is at an extremely high level. The scenes that make you shudder have been carefully filmed for several weeks, all in order to achieve the desired authenticity in the reconstruction of horrific events. The sets were made in Thailand and in several attractive locations in Spain (Alicante, Barcelona, ​​Madrid).

The Immposible declares itself as a drama with tense thriller ingredients, although the introductory part of the first ten minutes is irresistibly reminiscent of a horror, because it begins with idyllic scenes, after which we usually sense fear and horror. The subtly balanced narrative structure manages to keep us chained to the chair for almost two hours, following the search and feverishly waiting for the outcome. It is this melodramatic segment that carefully runs through the entire course of the action, establishing the desired connection between the main protagonists and the audience. Those who were a little better informed certainly knew about the details of this kind of family odyssey, which may have diminished the charm a bit.

Skillful directing did not miss the opportunity to slightly elevate the emotionally colored story to the climax, along with the development of the search, where separated two parts tend to merge into one whole. The reunion of a separated family, in an environment where chaos reigned, where suffering is seen and pain is felt at every step, ultimately results in catharsis. The walk through the torments of all members of the Bennett family served as a poignant testimony and another proof of the incredible strength of the human spirit. The human instinct for self-preservation (Maria is unrivaled here) is realistically portrayed and definitely sends strong messages. Numerous virtues are highlighted: courage, compassion for human suffering, solidarity and especially love for one’s neighbor.

Impressive acting editions follow the excellent dramaturgically shod narrative. I am thinking here primarily of Naomi Watts and Juan McGregor, because they were a significant support to each other in their efforts to present the tragic characters as convincingly as possible. They suggestively conveyed a wide range of emotions in front of the camera lens. What is worth praising are the stunning performances of child actors, where I was very pleasantly surprised by the talented Holland, who no doubt has a beautiful career ahead of him (the boy even had to show an enviable level of swimming skills to reliably revive the character of Lucas).