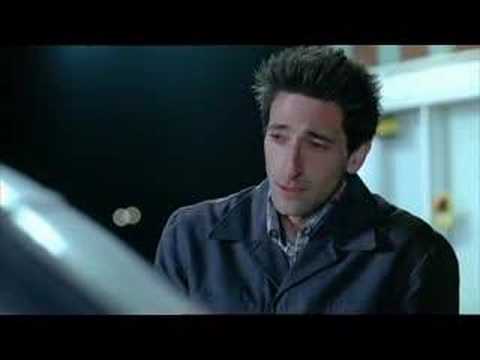 Sci-fi projects that deal with the topic of time travel are usually not for passive viewers unaccustomed to connecting the threads that hold the plot. This film has the problem that these threads either do not exist or are hidden even from more demanding film lovers, so that the action can be partially understood only by a few subsequent watching or reading texts about it.

The story follows Jack Starks, a Gulf War veteran who is accused of killing a police officer. He is innocent, but suffers from amnesia and is unable to prove his innocence. Because of that, he ends up in a madhouse where he is exposed to psycho-physical torture and becomes a kind of guinea pig during cruel experiments. They received daily doses of experimental medicine, tied in a crazy shirt, and during that time they put it in the morgue drawer. In that state, he believes that he can travel through time, and from 1992 he was moved to 2007. There, he meets a girl named Jackie Price, whom he met when she was still a little girl, with whom he is trying to understand his condition.

The first thing to notice is that the script is good, but as the plot progresses, more and more holes and illogicalities come to light. From a rather interesting human drama from the beginning, it gradually turns into a very confusing mysterious fantasy without any limits for dream and reality, that is, for the real and the imaginary. However, if numerous illogicalities were put aside, a visually quite beautiful film was obtained, which can be enjoyed. It has a line that does not allow attention to diminish and it is really unfortunate that the script was not done a little better, although there is a possibility that the screenwriters deliberately left the end unsaid, so that everyone would experience it differently.

This film is definitely different from most of this genre, especially in terms of production quality. The photography is great, so the scenes in the insane asylum are shown in partially muted, darker colors, which evoke the anxiety of that place even more, while the themes in the future are shown brighter, almost cheerfully. The camera works great, as do the special effects. I praise the choice of music, especially in the claustrophobic scenes with the main character in the death drawer.

I really appreciate Adrien Brody as an actor. As much as the script he is working with is poor in plot and details, he manages to make it unnoticed with his quality presentation of emotions. In support of this is his physical appearance, which resembles a tortured man, so that projects with human suffering are best suited to him (The Pianist). He is accompanied by Keira Knightley, in my opinion an actress who does not possess lavish acting talent, but I certainly commend her effort in every project. I will also mention Daniel Craig, who provides a surprisingly good performance in the role of the mentally ill.

This project strives to be something more than what it is. Maybe a bit pretentious, ambitious and primarily intended for viewers with a higher IQ, but when you are interested in quality effects, the visual beauty and acting of Adrien Brody should definitely look at it.