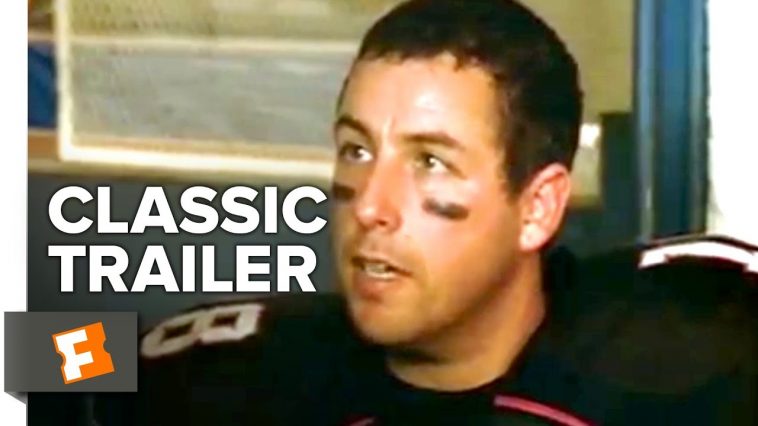 It is generally known that American production must make every film that achieves some success on European soil. The act of doing it usually comes down to characterizing characters and events that approach the average American viewer, without any addition in the field of quality. Although there is the 1974 film The Longest Yard, with almost the same theme, this remake was released primarily because of the successful British project “Mean Machine”, a film that put Ritchie’s comedy (Guy Ritchie) in prison, with excellent characterization of characters and great humor.

The central figure of the film is Paul Crewe, played by Adam Sandler, who was a successful superstar of American football. Due to the circumstances, he arrives at the prison at the special request of the warden, who wants to create a team of prisoners who could be a worthy opponent of the team of prison guards. Crewe has the task of gathering the team, training them and preparing them as well as possible for the planned match. Of course, the final outcome of the match depends on his freedom, the relative length of his stay in prison, and his decision to play or not to play will be an important factor in the final outcome of the match.

The similarities between the British and this film are obvious, the only essential difference is in the choice of sport, because football does not have any popularity in the USA, so the choice fell on American football. Although at first glance it is thought that this is a typical sports film, this is not true, because this film is a comic collection of entertaining dialogues, scenes and events that revolve around the game itself, ie. preparations around her.

Director Peter Segal, who is known for doing great comedies, did a great job in this film as well. The screenwriters didn’t have a big job, since there are already two popular films on this topic. The cast is great. Adam Sandler in his characteristic release, Chris Rock, Burt Reynolds, who starred in the original The Longest Yard, comedian Terry Crews, fighter Bob Sapp ), musician Nelly, even American wrestling star Dalip Singh, a great team that easily creates entertainment for the viewer.

The film does not deal with the characterization of the characters, does not go deeper into their thoughts and feelings, does not try to draw the viewer into the action and to completely intrigue him. It comes down to occasional laughter, occasional surprise with the appearance of new characters or their behavior, and this film does not provide anything spectacularly new. All of Sandler’s films are essentially the same, cheap entertainment with some weak plot that necessarily ends in a happy ending, and this film does not stand out from that pattern. There is really no event, scene or dialogue in the film that is a real surprise for the viewer, and the film is full of clichés characteristic of this type of comedy.

If you want to literally leave your brain aside, to kill time by watching a comedy that will relax and make you laugh, this movie is made for you. On the other hand, if you are looking for a movie that will leave you thinking and that will make you start your brain, skip this movie and look for something else.