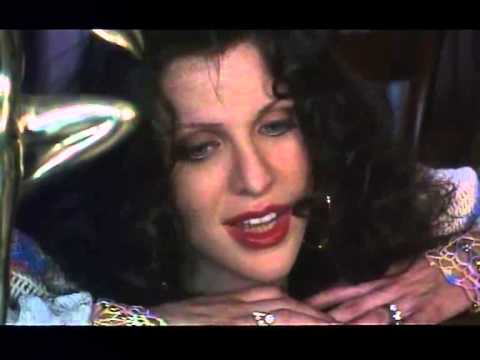 There are films that even before appearing or showing in cinemas, manage to arouse the anger and rage of certain people, especially radical religious groups. Such is the case with this film by Milos Forman, which attracted the main character’s attention, but also with promotional posters depicting the main character crucified on a naked female body, as if his true life story was not enough to attract attention.

The very fact that the poor boy managed to build an empire thanks to timely business moves in a specific and rather ungrateful job is excellent material for the film. Producer Oliver Stone did not accept the director’s baton, so he left the direction to the celebrated Milosh Forman. Foreman dedicates himself to what he knows best in his own way, without too much make-up and effects, but exclusively paying attention to acting and good dialogues, similar to the film One Flew Over the Cuckoo’s Nest.

After the film, many viewers expressed doubts about the credibility of the story. Among them, Flint’s daughter stands out, who points out that her father is presented too positively. It must be admitted that a pornographer cannot represent a saint without great flaws, so these nicknames are somewhat understandable. However, watching the film without paying too much attention to historical facts successfully conceals these flaws, so that a film worthy of an Oscar nomination is unfolding in front of you. Forman deals a lot with Flint’s struggle for human rights, and later that struggle became the main theme of the film.

The central figure of the whole project is definitely the great Woody Harrelson in the lead role. He captivates with the film, shows a masterful performance and was completely deservedly nominated for an Oscar, which went to Jeffrey Rush. His quality is especially seen in the second part of the film, when physical and mental changes take hold in the main character. He is accompanied by Courtney Love in the role of his wife who, it can be freely said, plays a person with similar life problems that she also has. Also worth mentioning is Edward Norton in the role of Flint’s lawyer. The real Larry Flint appears as a judge.

An interesting life story, a serious topic that the film and the main character deal with, the masterful Woody Harrelson and the great director Milosh Forman are quite enough reasons for everyone to watch this film.