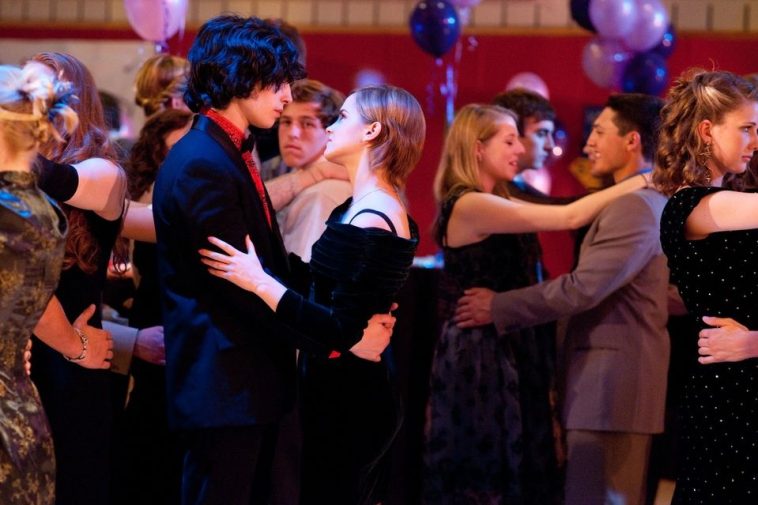 Stephen Chbosky is the author of The Perks of Being a Wallflower, a novel published in 1999, which soon became a bestseller, gaining numerous fans, mostly among the young population. It took about ten years for the writer to decide to bring the literary template to life on the movie screen. He himself adapted it into a film script and tackled the director’s baton. Well, it could be said that the impression is favorable, because it seems that he managed to create the story in a way that is pleasing to fans of the genre.

The main protagonist is a fifteen-year-old teenager, Charlie (Logan Lerman), for whom going to high school seemed like a journey into the unknown. A benevolent, withdrawn, introverted boy faces numerous temptations on the path of growing up and maturing. On such a journey, the help of new friends makes things easier and more beautiful. Patrick (Ezra Miller) and Sam (Emma Watson) introduce him to their company, opening the door to a new world for him, giving a new meaning to life to the sympathetic newcomer. Charlie, through socializing with slightly older teenagers than himself, understands the importance of sincere friendship, discovers the charms of youthful infatuation and experiences the passion of the first kiss.

A touching story, imbued with strong and sincere emotions. All the actors look extremely natural, they behave spontaneously, expressing their feelings while absorbing the lessons from life. Extremely well-made casting must be acknowledged. The constellation of young actors impressively painted their characters, so that everything turned out to be very authentic. It is certain that many teenagers can easily identify with some of our heroes because the problem is close to them, and in addition to all that, it is presented to them in a universally accessible way. Of course, the trilling of Logan Lerman, Ezra Miller and Emma Watson deserves all the praise for quality acting.

Their performances are fascinatingly mature, life-giving, so youth has definitely come to the fore here. Of the supporting (adult) characters, it would be unfair to omit the likeable performance given by Paul Rudd. The reason is that Mr. Anderson justifies the purpose of the pedagogue’s presence in an educational institution because he recognized the great potential of an intelligent boy, encouraging him to write, and giving him timely guidance on how to better and faster understand the basics of real world functioning, out there, outside the family home.

If we assume that the time of the action is located in the period of the school year 1991/1992. years, then we can better understand the musical taste of teenagers at the time. There are definitely a lot of good, inspired music tracks here, which just makes for a suitable sound mood. In addition, a suggestive photo was added, giving us a series of beautiful shots (the scene in the snow is unforgettable).

I am very pleasantly surprised because this warm human drama took me back to the past for a moment, evoking nostalgic memories of the carefree high school years that have passed irrevocably. All that remains are memories, like a silent witness to unique experiences that we will never have again in such an honest, emotional way.