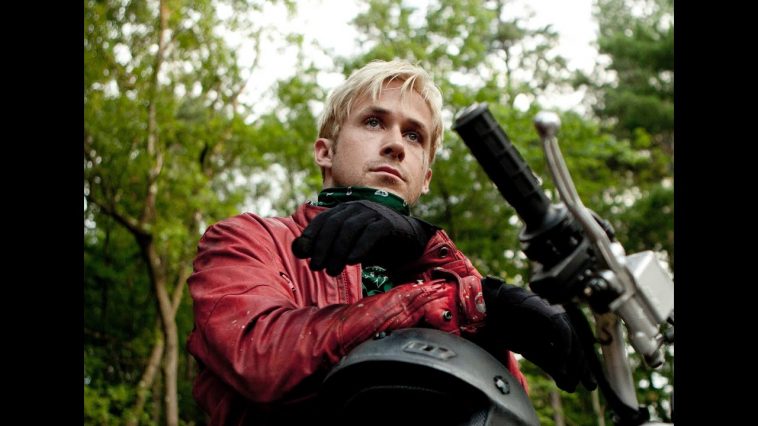 Reading the hymns about this project and watching the trailer, I was expecting a top art-house movie reminiscent of a very good Drive. Basically, I didn’t make much of a mistake, but I admit that I set too high expectations, which were not met after watching the film.

The film consists of three stories, the first of which occupies the largest part. Luk is a man with a troubled past who comes to the city where Romina lives, a girl who became pregnant with him and who gave birth to a boy whom Luk did not know about. She lives a rather modest life with her new husband, and he starts with serial bank robberies and gives all the money to Romina in order to buy the things needed to raise the child. After one chase, a tragedy happens that will change the lives of several people.

Director Derek Cianfrance did a great job. He managed to combine three stories that cover a period of fifteen years and three chapters in the lives of all those involved in the story. However, it is impossible to escape the impression of what has already been seen and the fact that the film does not have enough to be more than (for a little) above average. This is an ambitious project, but it somehow suffocates under attempts to be something more than what it is.

The characterization of the characters is quite weak. Nothing is known about the main protagonist, his relationship with the woman who gave birth to his son, even the policeman is included in the story a little later. In such conditions, it is impossible to be strongly attached to the characters, so individuals who are more concerned with that find that the film is average. On the other hand, action fans have a solid number of action scenes, which stagnate as the film progresses.

The first story is superb in itself, but unoriginal. The transition from the first to the second story was done rather sloppily, because he switched from taking care of the problematic, but still devoted father to the personal drama of a police officer, which was pushed by an extremely unnecessary and often seen story about corruption in the police. The story itself is extremely uninteresting and only the actor manages to keep it in a not very characteristic role. I will not mention the content of the third story, but I will state that it has a certain number of holes and somewhat meaningless sequences that spoil the more or less good impression.

The script is good, but too long, not enough for an action that lasts 140 minutes. A lot of attention is paid to relatively unimportant things. I think that everything would leave a much better impression if the film was shorter by about half an hour. The music is great and I praise the work of the camera, especially in the chase scenes.

The role of the troubled Luke was played by the better and better Ryan Gosling, who is slowly but surely climbing my ladder of esteemed young actors. He has a lavish talent and shows that the roles of problematic, yet charismatic silent people suit him best. He handles emotions very well and has room to be one of the best actors. The cop is played by Bradley Cooper, a great actor who, unfortunately, is first associated with the role in Hangover. He performed the role of an unstable rocker very well, with all the problems and doubts that bother him. I will also mention Eva Mendes, who is not a top actress, but enriches the project with her subtle beauty and femininity.

When everything is added up, the impression is that this is a solid film that promises to be for a clean ten after the first story. Still, quality and curiosity are lost as the film progresses. The text is concentrated on showing flaws, but the film is interesting and has a certain characteristic that will satisfy true film lovers, especially art film lovers. Basically, far from boring, but not very close to a masterpiece.