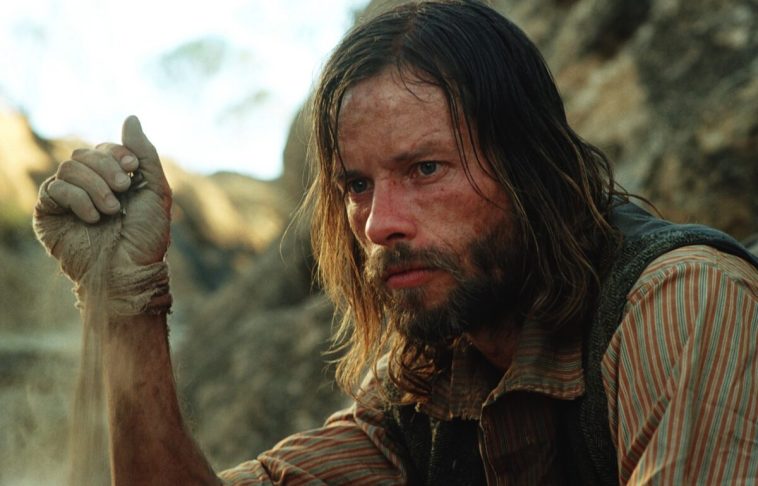 The primary reason I am writing this film is because most of you have probably never heard of it. This western crime drama is well worth writing about, primarily because of its uniqueness, which springs from almost every other frame that is difficult to describe in words. That is why it is best to watch the movie after reading it.

The time of the action is the end of the 19th century, and the action takes place in Australia. In a small town where law and order is mysterious, but the just Captain Stanley (Ray Winstone) is harassed by the infamous gang of Burns brothers. In their last “campaign”, the gang lost control and some members exceeded the measure, in an attack on a farm where the Hopkins family lived, brutally raped Mrs. Hopkins in her advanced pregnancy and eventually killed the whole family. Captain Stanley and his men arrived at the crematorium and did not catch all the perpetrators in the act, but they captured two brothers, the self-deprecating Charlie (Guy Pearce) and Mike, the youngest, who is not even an adult. The captain, in addition to his men, makes a secret agreement with Charlie to hand over their oldest and most cruel brother, gang leader Arthur Burns (Danny Huston), and he will release their younger brother. However, it will not be as simple as it seems.

I’ve had this movie on the original disc for a long time, and I only recently watched it. I have to admit that I am impressed by the creativity of the man who is responsible for the film itself, the musician Nick Cave, on whose template the film was made. His signature, if you listen to this great musician, must be recognized and that is why the film is so special and differs from similar ones. I mentioned earlier that some shots cannot be described in words, but I can with poetic quotes that the film is full of, especially when the character of Charlie Burns is in the frame.

“When?” said the moon to the stars in the sky “Soon.” said the wind that followed the moon “Who?” said the cloud that started to cry “Me.” said the rider, dry as a bone.

The film begins at a fast and aggressive pace in order to completely transform into a light, almost poetic slow action. The director of the film is John Hilkout, an Australian director who has distinguished himself with great titles such as The Road and Lawless. He pays a lot of attention to details and also pays attention to his projects, which are much slower, but with a good tempo and melancholy. He directed a lot of videos and collaborated a lot with Cave, they also worked together on the film Lawless, Cave helped adapt the script.

The end of the film couldn’t have been any different, but it left me with a bitter taste. I take that as the only flaw of the film, although I think most will be satisfied with such an ending. It bothered me because it had already happened in the film, so it seemed like an unnecessary repetition.

The uniqueness of this film is mostly reflected in the cast, which, in my opinion, is brilliant. Guy Pierce is one of the most underrated actors of today with a very lavish, silly offensive talent and often his acting is bigger than the film itself. I am of the opinion that Nolan’s Memento would not have been even half successful if the other actor had played the lead role. Ray Winston is an actress of such caliber that only his name adds another note of quality to every project in which he appears. His very appearance and recognizable deep voice are his trump cards that keep him among the most respected actors today. Danny Houston had a strong ungrateful role. Namely, he plays the worst and cruelest of all. There is no doubt that he succeeded in his plan, maybe even too much, because there is not so much visible explicitness of his essence of evil, but we know that he is there. Maybe it’s even scarier than showing some disgusting scenes. Emily Watson as Captain Stanley’s wife was standard good, and I have to mention John Hart’s appearance in an interesting short role and an even more interesting dialogue, but I leave that to you to judge after watching the film.

I don’t know what else to say to interest you, I even think I praised the film, but I just like projects with a deeper meaning than at first glance. Don’t take all the praise for granted, but this is a film that I must have liked if we take into account the high-quality cast, how much I love, appreciate and respect the musician who designed the film and the Australian director from whom I have already seen more and more. It will be a success if I make some of you watch the movie and at least half like me.