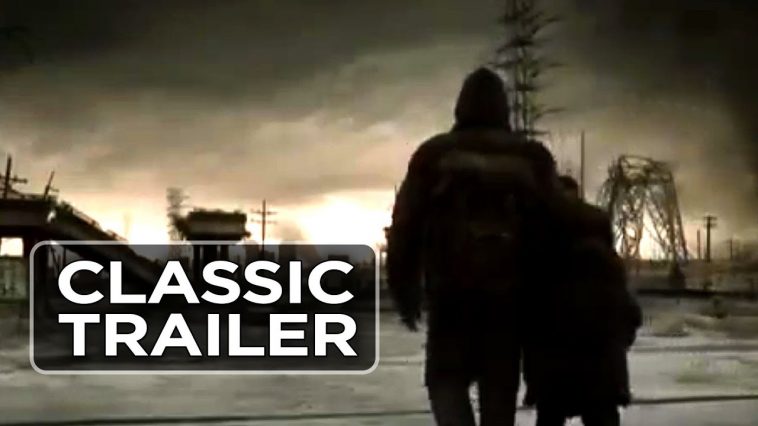 A film like “The Road” is very hard not to notice, despite the relatively weaker promotion it had, but I guess the quality always somehow emerges in the end. Based on the excellent novel of the same name by Cormac McCarthy, which, we must emphasize, is also the winner of the Pulitzer Prize in 2006, this film simply could not turn out bad. Projects with a post-apocalyptic theme have become more frequent in recent years than usual, and many of them have a worse run, which is again a plus for this film, which managed to rise from the sea of ​​similar ones.

It seems that the theme of the end of the world or something similar, has periodically burst into actuality. As attention is paid to the mentioned topic in recent years, a similar case was in the 70s, in the twentieth century. At a time of fear of the Cold War, Hollywood was making massive films on the subject of the apocalypse and the post-apocalypse. What was the specific reason for that, we will not question this time. Numerous films such as A Boy and His Dog (1975), The Andromeda Strain (1971), Soylent Green (1973), The Omega Man (1971) and later Mad Max (1979), The Day After (1983) were made at that time. ) and The Quiet Earth (1985). The universal fear of humanity, that life as we know it will one day cease to exist, probably drives us to take an interest in such films.

We simply want to see the possibilities of human coping and potential actions in general in such situations, and “The Road” fully falls into the above description. Showing the cruelty of man, moved to the extreme limits from the elementary desire to survive at any cost, this film simultaneously reveals some other human instincts, which are the only thing that distinguishes us from animals. In this case, the element of parental love is the main mediator of neglecting one’s own survival for the sake of a higher goal.

The characters in the film do not have names, but are simply represented by universal names such as father, boy, wife and old man, because names in such a world lose their meaning, and their works make them what they are. Viggo Mortensen (Viggo Mortensen) played a great role in the role of father, ie. the protagonist of the film. A father with his son, played by Cody Smith-McPhee, is the only bright spot in humanity. Determined to nurture humanity in his son at all costs, the father symbolically calls his action “transfer of fire”. Indeed, by extinguishing that fire in man, he loses his humanity, turning into a form even lower than the animal, since his only meaning of existence becomes bare survival, thus neglecting even the urge to prolong his species.

At the same time, the film retrospectively shows the wife played by Charlize Theron, i.e. the boy’s mother, who, in contrast to her father, surrenders too early in the fight, perceiving the situation as hopeless. Due to her act of abandoning her husband and son, she loses her status as a mother, and is named in the film simply as a woman or she. A boy or a son, he is in a rift between the characteristics of his parents, actually possessing a mixture of life attitudes of both parents, while balancing on the poles of pessimism and optimism. During the film, the father, learning from his son, also learns from him, and “maintaining fire” by complementing each other only works that way. Robert Duvall, with his episodic role of an old man, in this case represents an alternative form of a father without a son.

The main weight of the film “The Road” is on the story, with great support from the scenography. The special effects that today’s films rely on to a large extent, thus compensating for some other shortcomings, are completely negligible here, which can also be added as a plus. Somehow it always turns out that less commercial films are actually better ones or with at least a better quality story. According to our criteria, this is definitely one of the most valuable film achievements in the last ten years, so we definitely recommend it, if you haven’t seen it before.