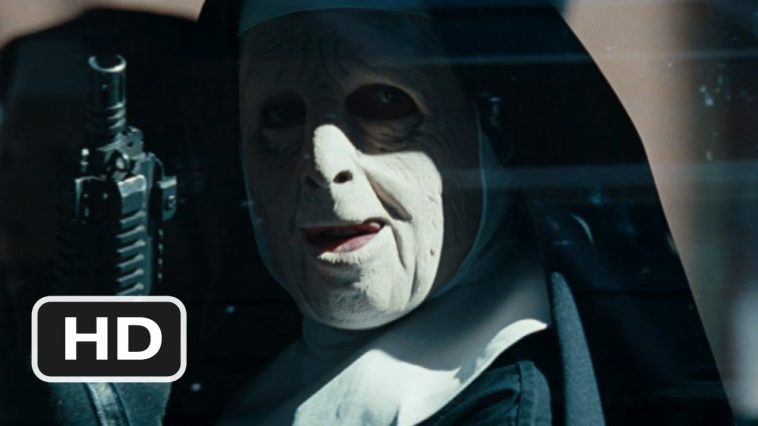 Ben Affleck is a man you either adore or can’t stand, there is no such thing as “something in between”. His third directorial project, Argo, more or less undeservedly won the Oscar for best film last year, while last night it was learned that he got the role of Batman in the new sequel to the blockbuster Man of Steel. Since he doesn’t have top talent (individuals would say he doesn’t have anything at all), it can be concluded that he has great support from Hollywood, and that that support started from the premiere of this highly praised crime drama.

The film is set in Charleston, a suburb of Boston known for its numerous looting gangs that have been active for many years. We meet four friends who plan every robbery down to the smallest detail, so the possibility of failure is completely left out. After one such robbery, circumstances take the bank manager hostage, but release her physically unharmed. Doug, the brain of the gang, finds out that he lives in their immediate environment, after following him, he meets her and they get in touch. After the robbery, he decides to retire from such a life, but the local boss blackmails him with another job that will be the last in their robbery career.

This film would drown in the sea of robbery projects from the 1990s and go unnoticed. However, in the twenty-first century, where the competition of such films is reduced to the works of Guy Ritchie and Steven Soderbergh’s series Oceans, it attracts significant attention and is a real refreshment for the genre. I have to mention that I’m not a fan of Ben Affleck, but I commend what he provided while doing this film.It does a great job of transitions between action scenes and tense, emotional dialogues, so that the whole film is viewed as a meaningful whole from which no part protrudes in particular.

Unlike most films in this genre, this one doesn’t shoot at lavish scenes of car chases, shootings and explosions. It shows robberies from a more subtle, more realistic angle, and it also has a solid dose of emotion and sentimentality, which is certainly a big plus. As for the script, which was written on the basis of Chuck Hogan’s novel “Prince of Thieves”, I have no major objections, because this topic is so exploited that every newspaper is welcome and unexpected. It balances fine between a suspenseful thriller, an action movie and an emotional drama. The dialogue is good and the story is exciting

The cast was excellently selected and everyone did a good job. Affleck dominates the role of Doug, the main character, who possesses spontaneous charisma and carries the film. He is supported by Jeremy Renner in the role of James, Doug’s childhood friend and gang member, who earned an Oscar nomination for his performance, as well as the always likeable Rebecca Hall. Also worth mentioning are Gossip girl Blake Lively and Oscar winner Chris Cooper.

After Affleck’s excellent directorial debut, this film is its true successor in terms of quality and curiosity. A project that has opened many doors for this actor and director and which most film lovers can enjoy, regardless of which genre they prefer.