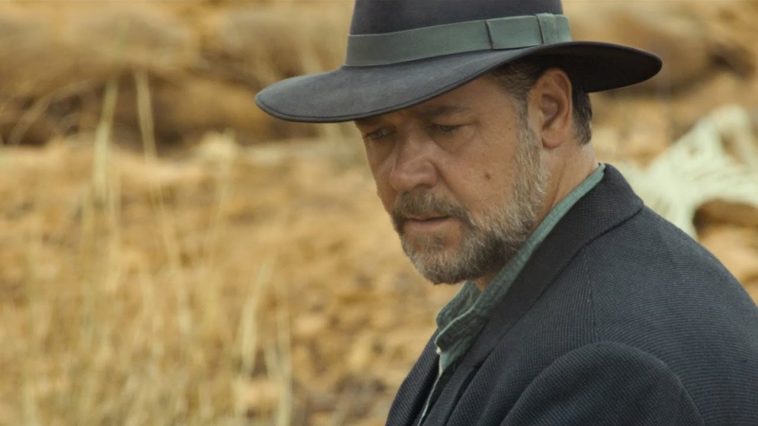 I have to admit that I was very skeptical about this drama. The main reason for my doubt lies in the fact that the famous Russell Crowe also accepted the director’s baton, and I have the opinion that the one who succeeded as an actor does not necessarily become successful behind the camera. It’s like in sports, when many famous athletes easily think that they can pass on their accumulated experience and knowledge to younger generations, so they go to coaches sooner or later. I think that the transition path is neither easy nor simple because it requires that a lot of things coincide so that the actor can adequately respond to the challenges of his new job and repeat at least similar achievements to which he has long been accustomed.

For his directorial debut, he chose a difficult, dramatic story that deals with the consequences of the First World War. Australian writer and screenwriter Andrew Anastasios and his colleague Andrew Knight were engaged in writing the screenplay. Let me immediately emphasize that the basis of the story is built on a credible historical fact. Namely, the British officer Cyril Hughes, engaged in the unit to arrange the scene of the great war conflict in a large military cemetery, wrote in a letter that one day an elderly man from Australia appeared in search of the grave of his son, who died in bloody battles on the slopes of Gallipoli.

Created as an Australian-Turkish-American co-production, it is obvious that the work on the project was taken seriously and that nothing was left to chance. Given the subject matter, the film was shot mostly in Australia, using the technical and technological benefits of Fox Studios in Sydney, but also in a couple of exotic places in Turkey that are of great cultural and historical significance (Mugla and Kayaköy). This depicts the authentic spirit of a turbulent historical period, a time when the vast Ottoman Empire was falling apart. In support of that, there is a small remark that Turkey fought on the side of the Austro-Hungarian monarchy, and after the end of the war it had to bear the consequences as a defeated military force.

The narrative-structured narrative introduces us to the incredible adventure of an Australian farmer who, after the death of his bereaved wife, embarks on a long journey from Australia to Turkey. The time of the event is 1919, and the place he wants to find is Gallipoli, where in 1915 three of his sons disappeared in action. Joshua Connor is a foreigner in a foreign country, ready to do everything in his power to find his sons and bury them with dignity. On the way to his own redemption, he will have to overcome numerous administrative and bureaucratic barriers, build a strong friendship with his hated enemy until yesterday, Turkish officer Hassan, and learn something about the culture, language and mentality of this people. Somehow, completely unexpected, love will happen, when sparks sparkle between the newcomer and the young widow Aisha.

Russell Crowe used a well-composed screenwriting concept to make an extremely exciting film. A dynamic action through which the destinies of people affected by war destruction, connected by a common misfortune, intersect. They all feel the terrible consequences of the war. The loss of close, dearest family members has been expertly used here as a motive since the whole story became entangled. What gives special credibility to the project is the fact that the story is set on a broader socio-political scale. Both sides are seen, almost equally tormented by war traumas, which undoubtedly raised the quality of this anti-war drama, deprived of dry one-dimensionality.

At first glance, it seems that the director took care of the needs of the average viewer. Therefore, in some segments, the plot is painted in pathetic tones, only to be occasionally interspersed with a bit of harmless humor (little Orhan is irresistible). It may be inappropriate for some, but even there are places for the easy development of a romance. It manipulates the emotions of the audience, which is a reliable parameter that it is a tempting film story.

Suggestively shot shots in the exteriors allowed us through strikingly shocking scenes that vividly testify to how meaningless the war is, because apart from suffering, it rarely brings anything else to anyone. Visually rich, accompanied by lively music and good editing (especially in action sequences), the film has reached a high level from a technical point of view.

Although he set himself a thankless task, I think Crowe did a solid job of interpreting an angry father, a man who will find a reason to forgive those who took his sons, but also to find forgiveness for himself and thus discover some meaning of further life. The Ukrainian beauty, Olga Kurylenko, subtly presented the main female character within the limits of good taste, providing proof that without stripping and nudity it is still possible to impose oneself on different profiles of the audience. There are all chances that she made a positive turn in her acting career. It would be really unfair to omit the Turkish part of the cast. I am thinking here primarily of the well-portrayed character of the Turkish officer Hasan, when he was played by Yilmaz Erdogan. Alongside him is the comedian Cem Yilmaz, because Kemal is without a doubt presented as the most witty character, a man of the common people and a friend of the broad soul.

If we were to put everything under the scrutiny of harsh criticism, it is certain that this dramaturgically carefully crafted adventure has some flaws, small illogicalities and ambiguities. Mitigating circumstances can be found in the author’s expressed desire to make film reading drinkable enough for the majority of the audience. It is for these reasons that I conclude that Crow passed the test and brought us more than a solid drama that has the potential to provide very good entertainment, and even more than that, to try and convey well-designed anti-war messages and teach us tolerance. despite religious, cultural, or ideological differences.

After the check-out rush hour, I realized that there was no need for skepticism. So, my recommendation is valid because it is based on solid arguments: a likable story, correct acting and a beautiful crafty ambience skillfully transferred to the movie screen. There is a little of everything, which would be said for the eyes and the soul.