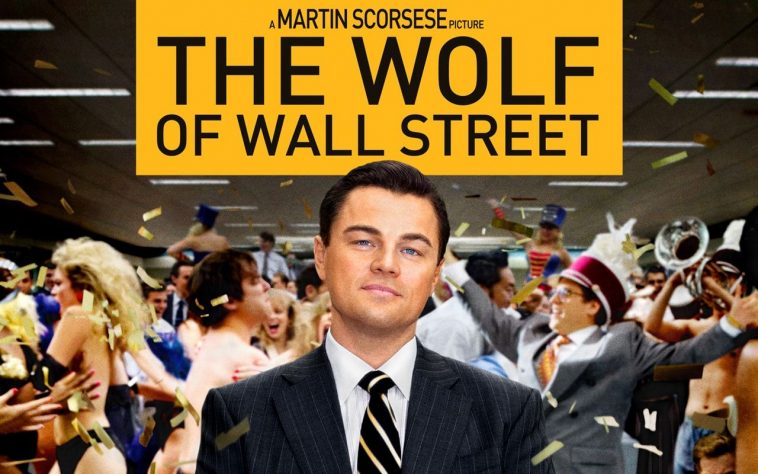 This sentence, uttered by the character Leonardo DiCaprio plays in this film, also contains the essence of the plot of the film about Jordan Belfort – a moment in which he was at his peak and felt invincible and powerful, a moment that is at the same pace of speed of arrival. and passed.

We finally welcomed this long-awaited film under the direction of the legendary Martin Scorsese. If we had watched the film without knowing the director’s name, I think we would have guessed at first that it was his film because it has a recognizable imprint of the initial scenes of his direction and the tempo of the film that can only be connected to Martin. Martin Scorsese likes to portray in his films crime, the life of American-Italian gangsters, the mafia, the underground and a culture of violence in general, sometimes with a dose of humor. His characters are often members of the outsider class, anti-heroes, and he adapted the life of one such anti-hero to the movie screen with this project as well.

The film is based on the memoirs of Jordan Belfort, who deceived investors for almost one hundred million dollars through his brokerage house Stratton Oakmont. Leonardo is the narrator of this story and addresses the camera on several occasions. Belfort was very successful in money laundering and a very skilled and intelligent speaker. He fed his insatiable appetite for money not only through those with a slightly wealthier financial status, but also through the poorer ones, to whom he very skilfully sold the “fog” as a secure income. Already at the age of 26, he became a multimillionaire, he spent his earnings on everything he wanted, expensive houses, yachts, cars, strippers, travel, absolutely everything that made him happy and he always wanted more. An indispensable part of his lewd parties were unimaginable amounts of cocaine and narcotics, liters of alcohol and many strippers, so those parties often turned into orgies. He was followed in his footsteps by his childhood friends who were also employees of his brokerage house. Although he married and had a child, he continued with his debauched life. However, one day everything goes downhill and his story ends with a prison sentence of 22 months.

The director set the film a little differently than expected. The story itself, ie. the plot of the film is in the background, while in the foreground is the narrator of the same, Jordan Belfort himself, who leads us through the film and his life. The script abounds with great dialogues of the protagonists spiced with great, mostly black and cynical humor, which is also quite vulgar, which was necessary to conjure up one of the highlights of the whole story – arrogance.

The scenes are visually impressive and well done, so everything was fine in that segment of the film as well. The acting is on an enviable level, as is the characterization of the characters, and all of this is integrated into the enchanted and enchanting circle of the recognizable masterful direction of Martin Scorsese. The symbiosis of Leonardo DiCaprio and Scorsese is one unbreakable bond and neither of them would be complete without the other. It is a fact that is irritating to many, but it has brought them both a handful of mutual satisfaction, respect, rewards and personal satisfaction. The relationship that the two of them have is few in that world, and in such a relationship between a director and an actor. Ok, many directors have their favorite actors they work with most often, but not the way Scorsese works with DiCaprio and the way DiCaprio respects Scorsese as God, which he undoubtedly is in a way.

The two have been a successful tandem since their first collaboration in 2002 (Gangs of New York). In this role, DiCaprio was perhaps the most dominant so far, if we talk about the type of character he plays, without perhaps referring to some better acting characterizations and performances. As he says himself, he worked a lot on immersing himself in the character and researching the same, which not everyone could play, especially not like Leo. Enough text, a handful of great dialogues and monologues, a lot of scenes with different facial expressions, I think it’s finally time for Leo to pick up more of that Oscar, which should have been in his possession a long time ago.

Of the rest of the cast, Jonah Hill definitely stands out, who got the very important role of Jordan’s best friend Donnie Aesop, a slimy, corrupt, unscrupulous man with very low moral principles or only traces of them. John became famous in more or less solid or average comedies (This is the End, 21 Jump Street, Superbad), so it may be inconceivable for you in a more demanding and completely different role than the previous ones, but we claim that the actor stands side by side with DiCaprio. in the film. This is undoubtedly his best role so far and he really came to the fore, although this is not his first serious role. His role in the film Moneyball, where he also has a strong supporting role, already marked him as a talent who will only show what he knows. I will mention another five-minute role of the currently very popular Matthew McConaughey, who left a mark on some at the beginning of the film, the beautiful Margot Robbie who was solid in her role, and I was attracted by Jean Saurel, the director of the Swiss bank. French actor Jean Dujardin, who did it very fun and effectively.

At the age of 51, Jordan Belfort published two books about his life and became a motivational speaker. While many say that this man did not deserve to have his life put on the movie screen, we are glad that he did. Thanks to a film like this, we have the opportunity to meet such a glamorous way of life that we can hardly imagine. This film does not justify or celebrate crime, debauchery and other negative things that are emphasized in the film as highlighted elements, as most superficial viewers and critics claim, but in a way it is a realistic picture of modern capitalist society that has swallowed us all. With this film, Scorsese sharpens criticism of a society that lives this lifestyle and sends them a clear message – you can have a hundred million dollars, but nothing can save you from deserved punishment, like our antihero in the film. The big money earned overnight pulls the worst out of a person. We remember Leo at the beginning of the film, an ordinary working man and an idealist, a man who comes to work by public transport. He was “judged” by an ordinary FBI official who travels by public transport. You will agree with me that there are metaphors and symbolisms.

Forcing scenes and other negative factors in the film is for a reason – to show through those scenes the miserable, privately unhappy and vain life of our antihero who, although he has everything, means nothing to him and nothing it does not represent that to him in spite of the millions he has, and it is precisely his unquenchable hunger and thirst “for more” that will cost him dearly everything worthwhile in life. This film shows the life of Jordan Belfort as it was, without make-up and beautification, raw and fast, but, like everything like that – fatal.