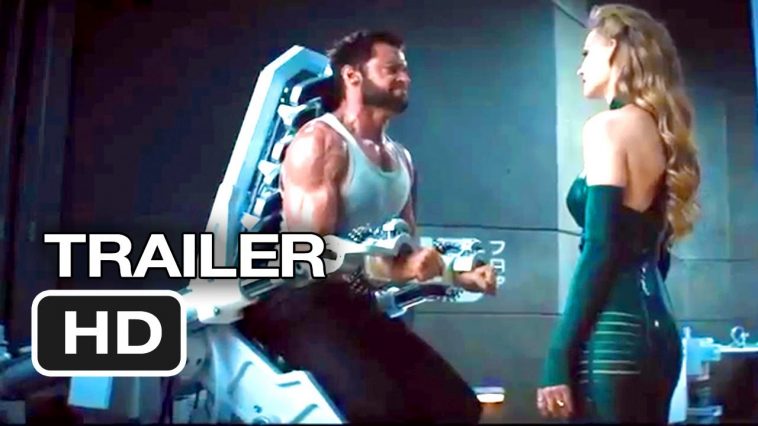 Right after Man of Steel, The Wolverine was probably the most anticipated film, in the so-called category. blockbuster. The very combination of Wolverine / Logan and Japan sounded very tempting and inspiring, and from the beginning it seemed that this film could not be a failure. However, is that really the case? We have to admit that we certainly expected more from this film, but we still can’t call it a failure. For those who follow our reviews, our liking for the DC universe is probably noticeable, but when it comes to Marvel, the X-Men franchise is certainly an exception, especially when it comes to Wolverine. The story of the film itself is based on the limited comic book edition of Wolverine from 1982, while as an additional recommendation we would mention the anime Wolverine series from 2011, which is thematically very close to this film.

The story in this film builds to some extent on a previous project from this franchise, X-Men: The Last Stand (2006). The beginning shows the atomic bombing of Nagasaki in 1945, during which Logan (Hugh Jackman) rescues Japanese soldier Yashid (Ken Yamamura). The very scene in which Logan suffers the power of the atomic bomb, as well as its regeneration after that, is one of the most impressive in the entire film. After many years, Yashida invites Logan to Japan, offering him the opportunity to spend the rest of his life as a mortal, as Logan slowly loses the meaning of life after the death of Jean Gray (Famke Janssen) in the aforementioned part of the X-Men franchise. At the same time, Logan meets Yashida’s granddaughter Mariko (Tao Okamoto), getting involved in a fight with the Yakuza, who are trying to kidnap her. To make matters more interesting, Logan loses his ability to regenerate quickly during the film, which makes him vulnerable, which makes it much more difficult for him to fight in which he got involved. In addition to following its basic plot, the film occasionally retrospectively looks back at an event from the past, more precisely in 1945, which influenced the formation of current plots in the film.

Losing Logan’s ability to regenerate is one of the more irritating things in The Wolverine. Just as Superman’s overdoing under the influence of kryptonite, one of the things that annoys the average Superman fan the most (which is thankfully skipped in “Man of Steel”), Logan’s vulnerability in here leaves a similar impression. Namely, the vulnerable and mortal Wolverine does not seem to be Wolverine, but that is our impression, and it is possible that you may not agree with that. Also, there are frequent objections in the public that this film deviates from the time line of the complete X-Men film franchise in certain segments. We have to admit that we didn’t notice that, but it still remains unclear how Logan remembers the events of 1945 in this film, which took place before he lost his memory according to the original story, as shown in his previous separate film X -Men
In addition to the already mentioned initial temptation of the theme of the story of the film “The Wolverine”, which combines Logan and Japan, in the same combination the film is very tempting and visually. The combination of traditional and modern Japan with Logan and a bunch of ninjas can hardly be liked by anyone with a fondness for such topics. Hugh Jackman has already grown so close to the role of Logan, that it is superfluous to talk about his appearance in this film, considering the huge contribution he made in the popularization of this character. The biggest objections to Jackman in this film would concern exclusively his joint scenes with Mariko, because it simply seemed as if there was no chemistry between the two of them at all. With the exception of Jackman, it can be said that acting was not the strong point of this film. Rila Fukushima as Yukio was quite interesting as a phenomenon, but without more impressive acting, while by far the biggest failure was Svetlana Khodchenkova as Dr. Green / Viper, whose stereotyping in the portrayal of this villain was on the verge of good taste, while her costumes probably crossed that line.

Apparently, “The Wolverine” does not fall into the category of masterpieces of the seventh art and it is an extremely commercial film, but we believe that it is unnecessary to mention and that it does not mean that this great action of tempting content will not entertain you.