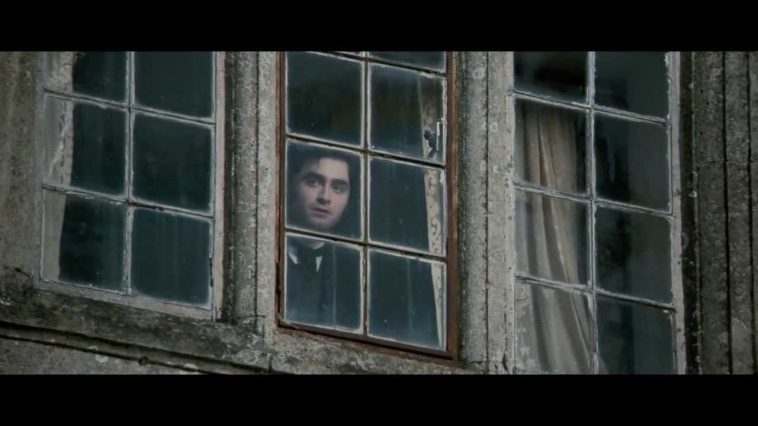 Traditional horror films with ghosts in the classical sense are no longer as popular as they used to be, so the move to make a screenplay on the subject brought freshness to this sub-genre.

The great production company chose excellent filming material, the popular novel by Susan Hill, gave it to a proven screenwriter and gathered a quality team of actors, so that the final product could not fail.

Arthur Kips is a London lawyer who is mourning the death of his wife. His employer gives him one last chance to keep his job and he travels to a remote village to examine the documentation that belonged to the recently deceased lady. Arthur encounters negative reactions from the locals who hinder him in the investigation and demand that he return to London, but he still goes to an abandoned castle. He soon realizes that the castle is haunted by the vengeful spirit of a woman dressed in black, who kills the children of the locals in bizarre ways out of revenge. Intrigued, Arthur decides to dedicate himself to ending his anger and calming the spirit of the late lady.

James Watkins, the director of the acclaimed project Eden Lake, also showed in this film that he is a master at creating a feeling of discomfort in the viewer. The very theme of the film creates a fear of the unknown and makes you search every detail of the screen in search of a clue as to what will happen next. The atmosphere is eerie, and with the great movement of the camera and the excellent scenography, the viewer “sneaks” into the film, making him look forward to the next scene with a combination of anxiety and curiosity.

Screenwriters Jane Goldman is criticized by critics for not adapting the script much compared to the previous film adaptation of the 1989 book, as well as the fact that it changed the end of the film in relation to the ending in the novel. Occasionally, one gets the impression that the film was made for Harry Potter fans, for whom this might be their first encounter with horror, while traditional horror fans find that the film is good, but does not provide anything spectacularly new.

There are a lot of clichés and some trump cards are repeated from popular movies, but on the other hand, it can also be seen as a realistic replication of a spooky atmosphere according to a recipe that has been tried so many times and that is not wrong.

Quality horror movies, in my opinion, add to the tension as the film progresses and the ending of the film comes down to an explosive scene that solves everything. From the very beginning, he bombards the viewer with tense scenes that do not escalate in the end, so the film is much more of a thriller than a horror.

Daniel Radcliffe did surprisingly well in the role of Arthur’s lawyer. Fans he has gained from earlier films will definitely fill the cinema box office well. He provides a solid dose of masculinity and in some scenes, when it all comes down to showing his emotions, he does a great job. From the rest of the team, which was completely in place, I single out the always good Ciaran Hinds.

“Woman in Black” is a solid film. What kills his charm is that the identity of the ghost is revealed relatively early, so horror fans can be denied. On the other hand, there is material for a good thriller, but it lacks certain characteristics. The fine balance between the two genres is enough to grade seven.