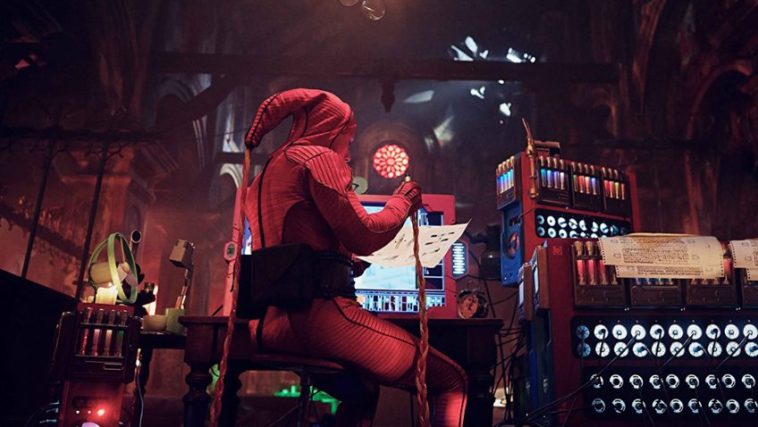 The works of Python’s Terry Gilliam have a large number of fans, although sometimes they do not find understanding “from the first”. The most important characteristic of his films is already known to every slightly bigger film lover, and that is the lavish and detailed visual beauty that places us in the (most often) dystopian world with retro technology. Somehow, one gets the impression that this film created the least interest among his fans, and before watching it, I didn’t know why it was, although it’s a little clearer to me now.

The protagonist of the film is the intelligent and willingly very lonely programmer and mathematician Cohen Lett (Christoph Waltz). He is in a dystopian future and wants to do his job from home in order to avoid people even more and to be by his phone all the time, because he has been expecting one important call for years. His superior Joby (David Thewlis) manages to persuade the head of the firm (Matt Damon) and Cohen is given the task of solving the impossible Zero Theorem that defeated many mathematicians before him. In order not to lose his mind, he gets help in the form of a young genius Bobby, as well as a beautiful girl Baisley (Mélanie Thierry) with whom he experiences an unexpected emotional connection.

This is a complex (although at first glance it doesn’t seem that way), strange, uncompromising and provocative film that deals with human existence. This whole project can be understood as a metaphor for the mental state of modern man who lives the same every day, often without real joy. Dialogues deal with all the important things that concern man, starting with love, through the purpose of existence, what makes us happy, until the final end of life and the eternal question of what will happen next. I would like to mention the words of one of the characters who says that he has just stepped into the world of adults, but he is tired of it and he is tired of life because it is generally boring.

The script itself is well written, with clever dialogues and metaphorical sequences, but its problem is that it is completely straightforward, without any jumps, unexpected twists, and even without a real plot, so it can be taken as a minus and it is understandable that as many viewers find the film boring. On the other hand, fans of philosophical thoughts who themselves seek answers about humanity and happiness and who deal with existential issues and the meaning of life will be more than satisfied. The characters give answers, hint at some, but are often quite far from them.

As I mentioned before the film is full of metaphors. The space of the burnt church in which Cohen lives can be understood as the destruction of traditional religions that may await us in the future, while the call that Cohen has been waiting for for years can be connected with waiting for an answer from a higher power what to do with his monotonous life. The characters are very cleverly written. As a child, young Bob subtly shows how a child’s view of the world is often more correct than an adult’s, while Baisley, an attractive girl who does not very praiseworthy work, hides a smart and emotional girl behind the facade of a reckless blonde.

Enough reason to watch the film is the top acting of the whole team.Christoph Waltz provides a masterful and unforgettable performance that will surprise and delight many. It brilliantly depicts human despair, frustration over helplessness, nihilism toward life, and the emotional movement that unexpectedly awakens in him. Worth mentioning are Matt Damon and especially the always interesting Tilda Swinton in her almost cameo roles. They fit perfectly into the specific world in which Gilliam placed them.

This is a very brave project that not everyone will like. He sharply deals with great ideas and complicated metaphors, but it can also be understood as an overly philosophical and pretentious achievement. A film that will make you think while watching and look for answers yourself, and if it succeeds then it will definitely leave a positive impression on you.