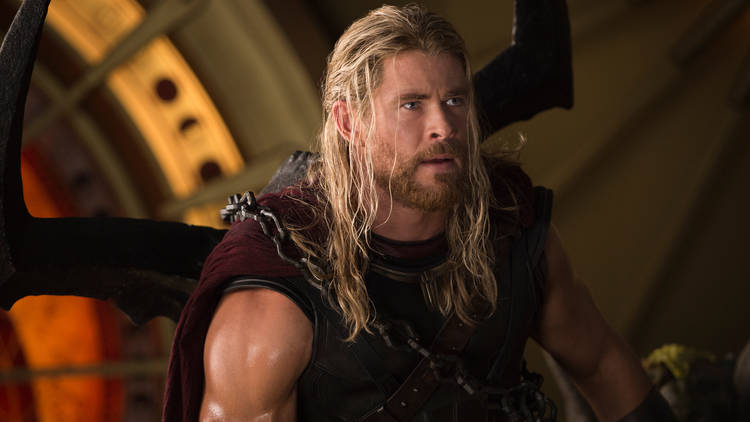 After wandering in space unsuccessfully searching for Infinity stones, Thor (Chris Hemsworth) returns home to Azgard. He finds a strange situation in Azgard. Heifdal (Idris Elba), the guardian of Byfrost (passage to the worlds), does not exist, and a strange show takes place in the city, in the center of which a huge statue of his brother Loki (Tom Hiddleston) dominates. Thor soon discovers that Loki is still alive and not only that, but he has fraudulently captured Odin (Anthony Hopkins) on Earth and, disguised as him, rules Azgard. After Thor forces him to find Odin, they learn from his father that the end of Odin’s life has come, and with it the greatest danger to their home and people. As Odin leaves this world, that danger comes upon them with all its might and the hilarious adventure begins…

Is Thor: Ragnarok the best Marvel movie? It’s not for me, but it’s very close. That place is reserved for the Guardians, and then for Captain America: Winter Soldier. However, right behind them is Ragnarok, while for the title of the funniest, he is leading a dead race with the Guardians. So, if you want to have great fun and laugh for two full hours, then head to the cinema and watch the new Torah. Pure fun and laughter is the latest film from the Marvel movie universe, and there are many reasons for that.

The crazy New Zealander Taika Waititi was chosen as the director. Actor, screenwriter and director known for the great adventure Hunt for the Wilder People and the wacky horror comedy What We do in the Shadows. Taika completely transferred his unusual style and lucidity to Tor: Ragnarok and made it a top cinema entertainment. Of course, he and the production decided to change their approach to Marvel movies and borrowed a little concept from their rival Deadpool. When I say borrowed, I mean that the narration of the main character and a lot of comic and bizarre (better to say stupid) scenes performed by the main characters have been inserted. But there is no objection, today it is everyone’s and everyone uses everything, so you should not pay attention to that.

It is in the creation of these unusual comic scenes that all the influence and work of Taika can be seen. Such scenes adorn his previous heroes and films, making them endlessly entertaining. Taika did not stop there, but, like the actor, he participated by giving his voice and playing Korg. The rocky life form certainly contributes greatly to the humor that the film abounds in. It seems to me that Taika created such an atmosphere on the set, as if everyone was playing. In that game, there is a relaxation and a huge amount of chemistry between the characters themselves, so that the humor they create in the interaction simply bursts in all directions, completely naturally without even a moment’s force. I think that is the greatest success of the director, and thus of the entire film.

Thor: Ragnarok has a lot of characters, where they are all important parts of the story, and at the same time they are without exception at the top level, squirming together in a pool of mutually created chemistry and that’s how it feels in the film. Chris Hemsworth in the role of Thor is far more relaxed and fun here, and it can be seen that he has great fun doing this. Loki is phenomenally standard, and Hulk and Mark Rafalo are never funnier. The three of them and their ups and downs will bring tears to your eyes. Then there’s Tessa Thompson playing Valkyrie. The dangerous warrior is serious and threatening, however, her first appearance is hilarious, as are her sparks with Thor.

These four will make up the so-called Revengers, who, if nothing else, will make you laugh many times. Then, there’s Carl Urban in her unusual hilarious role with a few words. Just what to say about Jeff Goldblum as the Grand Master. By the way, my favorite supporting character of many movies, who simply hovers on charisma, uses every moment to show the same and you can’t help but love him. The already mentioned Taika as Korg and many others will provide you with entertainment for all the money and you will leave the cinema satisfied.

The only serious and frightening character is Hella, Odin’s daughter played by the always phenomenal Cate Blanchett. Here, in a dark style, she captivates with her screen and she superbly portrayed the devastating danger to Thor’s world and people. So, the cast deserves one big bow and all the praise, even though it is a superhero, primarily entertaining film. However, they have all come together perfectly and are doing their job at one top level and it is a real pleasure to watch them.