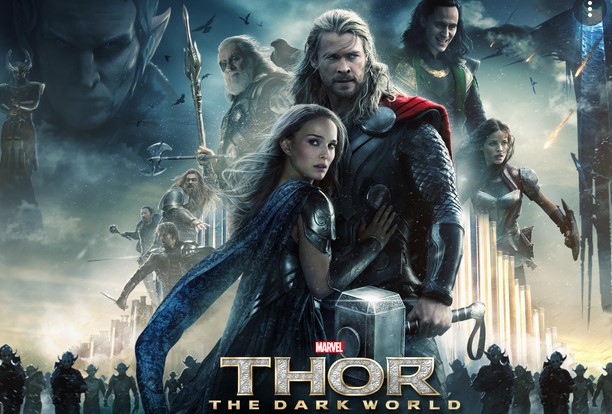 At the very beginning of the film, we see Loki being sentenced to eternity in the Asgard prison. He was condemned by his father Odin for the great destruction he inflicted, especially on the inhabitants of New York. After a long period of peace, an old race of Dark Elves awakens, which aims to completely destroy all the Nine Kingdoms with the help of an ancient evil relic called Etar. Thor must unite with Loki and astrophysicists from the earth to prevent the villains from destroying all known worlds.

As I mentioned in the introduction, the new screen adaptation of the Marvel hero provides a really great audio-visual experience. Animation, graphics, special and 3d effects are really at the top level and from that side really few can have any objections. Numerous colorful worlds, aircraft, weapons, races and weather conditions are done in great detail and quality. It is in the great effort around the make-up and trimming of the film that the need to completely disguise the relatively weak story can be seen. The script really represents the weakest point of the project and one gets the impression that it was written upside down, especially the final third.

The fact is that the audience that loves films like this does not have the habit of dealing with more serious dialogues and better elaborated and characterized characters, but it is also a fact that the dialogues and characters here are quite banal. Too many characters do not give a plus if they are relatively irrelevant and I think they could have reduced them in favor of their better characterization. At certain moments, I was genuinely amazed, primarily because of the over-serving of what is being watched, then because of the numerous holes during the action, and, finally, because of the characters who just leave and come from the screen.

As for the actors, an interesting and quality team was gathered, but simply their acting skills could not be expressed with poorly developed characters. The acting of Tom Hiddleston as Loki and Chris Hemsworth as Thor is more or less worth mentioning. Oscar winner Natalie Portman is surprisingly pale, and it was nice to see Anthony Hopkins as Odin again. At the very end, another great actor appears, whom definitely no one expected.

If you want to relax your brain by watching truly impressive worlds and a superb audio-visual experience, this is the right movie for you, while more demanding viewers should definitely avoid it.