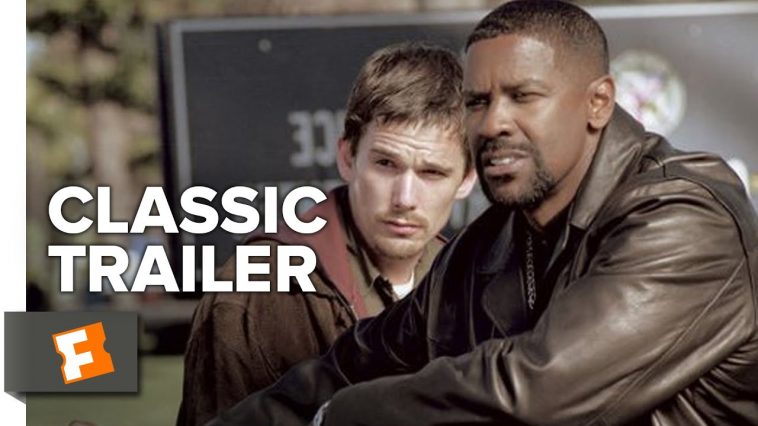 Revolted by the negative review of a quasi-film connoisseur, I decided to point out all the virtues of this great film for the millionth time and recommend it to everyone who has not seen it yet. This is a fantastic crime thriller drama by American director Antoine Fuqua and, in my opinion, the best achievement in its genre in the last 15 years or so.

Young police officer Jake Hoyt wants to become a detective in the narcotics department at the Los Angeles Police Department, and he has to spend 24 hours of his training with Detective Alonzo Harris, who is an old guard. He has been in narcotics for a very long time, and his methods are, to put it mildly, problematic and illegal to say the least. As the day goes on, Hoyt is convinced of his methods, and what drives him crazy is thinking about who is the real culprit in the whole story, who is a good gay, and who is a bad guy.

The only thing worse than crossing the line between law and crime is actually the policeman himself trampling on it. Not everything is as it seems, and least of all as it should be, here the established notions of good and evil usually represent a deadly delusion.

The action scenes are great and great. They are very well directed and do not lag behind the dramatic moments of this film. Here, those two elements are perfectly blended and you can’t see the superiority of either, which makes this film even better.

Denzel Washington and Ethan Hawke complement each other perfectly and are a great couple. Each on his side, convincing, credible and the whole plot of the film actually focuses on the two of them. I admit everything, that some people didn’t like this film, that this is a cliché story of a good cop-bad cop, that it is a very unreal action, that this is both, but to say that Denzel’s performance was bad can only be said by a film ignoramus he is either blind so he can’t see what he’s looking at, or he has a problem in his head.

There are people who think that the Oscar he won for this role is undeserved and that he is a bad actor who constantly plays gangsters or cops, but they obviously did not watch Malcolm X, The Manchurian Candidate, John Q, Remember The Titans, Unstoppable, etc. His character in this film is a villain that the viewer falls in love with while waiting for a happy ending, although nothing must pass without appropriate consequences. Denzel received his “punishment” in the form of an Oscar, which he won completely deservedly, and not very characteristically, for the role of a villain.

Also great was Ethan Hawke, a very talented actor, who was awarded a nomination for best supporting role, but, in my opinion, he was unfairly beaten by Jim Broadbent for his role in the film Iris.

This is a story about shaky conceptions of law and justice, about the non-existent balance of the same. It is also one of the best modern screenings in the form of a film on the topic of corruption of the police, in a city known for exceeding police rights and powers. A tense, exciting, dynamic and above all intelligently performed thriller-drama, enough reasons to definitely watch this movie.