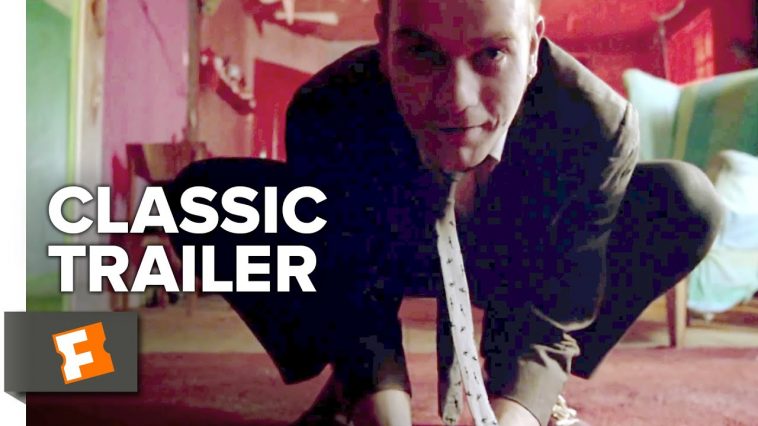 The film adaptation of the popular book by Irwin Welsh was entrusted to Danny Boyle, then a talented, and today very popular and quality director. The film, like the book, caused a lot of controversy, almost like A Clockwork Orange twenty years earlier. Heroin addiction is highlighted and all the positive and negative aspects of such a life are shown.

The main protagonist of the film is Mark Renton, a young man with a lack of ambition who lives in Edinburgh. He, like most of his friends, is a heroin addict, who experiences the only excitement in situations when he procures drugs or money for it. His two best friends are also drug addicts, Sickboy, a guy obsessed with James Bond, and Spad, a harmless nerd. To them, drugs are a supplement to all life’s problems and shortcomings. After a conflict with the law, Mark leaves heroin and moves to London, but is soon joined by the rest of the team, who slowly but surely return him to the paths of drugs and crime.

This project was unique at the time because it did not exclusively pay attention to the negative aspects of addiction such as crime or disease, but paid enough attention to showing the feeling of pleasure and convenience that heroin creates to the user. The film crew did a detailed research of the drug scene and through the film, which is in pure Scottish language, a lot of concepts related to Scottish history are interwoven, such as the popular actor Sean Connery or Scottish football clubs.

The film looks visually great, with a great camera and great music that accompanies it. The script can in a way be viewed as a heroin addiction itself, because the plot begins with showing pleasant emotions in combination with humor, which, as the plot progresses, gradually turns into dark and sad emotions, and the transition from comedy to difficult drama is obvious. The director’s indifference regarding drug use is also noticed, as if he wants to say “I showed you everything, and you choose whether you will take drugs”.

The casting was done perfectly and the chemistry that merges among the actors is noticeable, as if they have known each other all their lives. Ewan McGregor superbly portrayed the title role of Mark Renton and the role of narrator, and pleasantly surprises viewers who are accustomed to his not-so-convincing Hollywood roles. He had great support in the always brilliant and specific Ewen Bremner, a master of extremely specific roles, as well as Jonny Lee Miller and Robert Carlyle, who oscillates perfectly between the role of a heavy mobster and the role of a caring friends.

“Trainspotting” is a must-read film and everyone should watch it. The fact is that a certain part of the older audience will not accept the film the best because of the theme itself, explicit scenes and numerous vulgarities, but that does not diminish the value of this project, which is a kind of masterpiece.