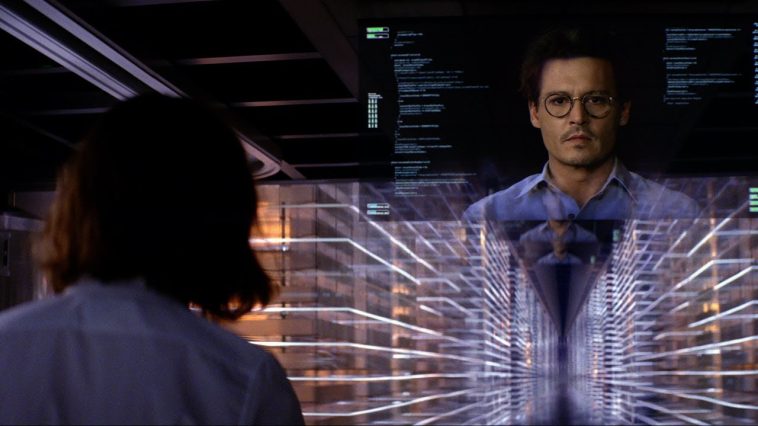 Wally Pfister gained popularity in the world of film as a cinematographer in Christopher Nolan’s films and won the Oscar in 2010 for that work (Inception) with a total of four nominations and seemed to have all the necessary predispositions for his directorial debut. With the talent he possesses, Jack Paglen’s well-chosen cast and screenplay, which Nolan himself praised (there were tendencies for him to direct the film, but he gave up and dedicated himself to the Interstellar project), it seemed he just couldn’t fail, but he the final product is rarely left satisfied.

Johnny Depp plays Dr. Will Custer, one of the leading researchers in the field of artificial intelligence. He may look like the main character, but he still didn’t get much time on screen. He works together with his wife Evelyn (Rebecca Hall) and in tandem they try to create an intelligent machine with human emotions. They are assisted by Paul Bettany, their friend and researcher. The project they are working on has received a lot of public attention, but not everyone is happy about their progress. A radical organization that is a sharp opponent of technology and led by Brie (Kate Mara) will do everything necessary to stop them before they reach final success.

This is the type of film where you can’t figure out exactly what’s wrong, but it’s definitely a fact that it fails to find a connection with the audience. He looks great visually and has a strong cast, but the characters and the story just fail to pull the film above the dry average. He makes you think all the time and tries to be provocative, but due to the very slow action and lack of excitement, it is difficult to stay focused and even interested in what is happening in him. The topic of artificial intelligence has been seen often so far, this time there is nothing particularly new in that area and, although it seems interesting on paper, it has been screened incompletely and relatively uninteresting.

The author’s need for viewers to consider how dangerous technological progress can be and his effort to build tension is obvious, but he simply fails to do so.

The performances of the actors were quite solid, but there is a lack of connection and characterization of their characters, ie. their behavior in the story, made the impression that we really care what will happen to the characters. Simply, the qualities of the actors are not fully used and, instead of their elaboration, the emphasis is placed on strong visual effects. That’s why Johnny Depp and Morgan Freeman are pale and it’s hard to single out an actor who delighted, so in the second half of the film, Depp just listens instead of watching him. The hype surrounding the film was partly raised because of the team that participates in it, so their unusedness inevitably leads to disappointment.

In addition to all the above, the problem is the inconsistency of individual characters, ie. their bad connection, so in the end you can get a message that completely changes the meaning of the film, that is, a message that is sent almost throughout its viewing. The general impression is that this is a visually and technically great, but thematically boring achievement and, no matter how hard I tried to get active, I didn’t succeed.