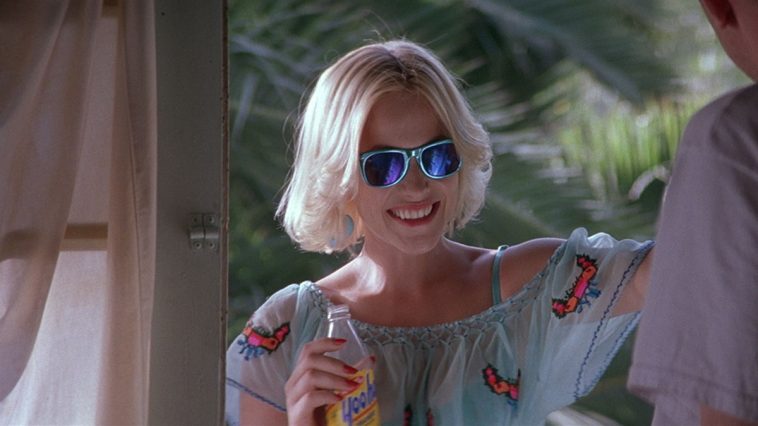 After the great debut of Reservoir Dogs, Quentin Tarantino wrote a screenplay that, according to him, is the most personal thing he has ever written. Few would have thought that he and the famous director Tony Scott, who gained fame by working on mega-popular hits from the late eighties and early nineties, such as Top Gun, could somehow collaborate together, but the final product provided film lovers. a great mix of romantic comedy and crime fiction that rarely leaves you indifferent.

The protagonist of the film is Clarence Worley (Christian Slater) who works in a comic book store and is obsessed with movies. He spends every birthday watching an omnibus of kung fu movies, so he decides to be like that now, unaware that he will find the love of his life named Alabama (Patricia Arquette) in the cinema. They fall in love with each other, Alabama blames his identity and past for him, and, to protect her, Clarence embarks on a petty showdown with local pimp and dealer Drexl Spivey (Gary Oldman). The meeting goes differently than expected and they flee to Los Angeles, while drug dealers, the Sicilian mafia, the police and a Hollywood producer are behind them.

The mixture of romantic comedy and crime thriller is a double-edged sword for the simple reason that they are, it can be freely said, the opposite genre, each of which has its admirers and audience. Quentin Tarantino’s masterful script makes this mix watchable, without idleness and with imperceptible transitions from one genre to another. At one point you have an expression of emotion between Clarence and Alabama, while at the next moment the Sicilians knock on the door with double barrels, and yet those scenes seem very cohesive and inseparable. You just can’t help but get the impression that all the characters are cool just because of the situations they are in.

The main feature of Tarantino’s films, apart from the inevitable and unforgettable scenes of action and shootings, is adorned with very vivid and detailed characters who are in constant action and in a hurry to create the impression that the film flies by in less than an hour. The dialogues are of good quality with a lot of tense moments and they make one of the highlights of the project. The film has numerous cult scenes, of which the so-called a Sicilian conversation between Clarence’s father and an assistant to the head of the Sicilian mafia, Vicenza Kokoti, played by the great Christopher Walken.

As for the cast, it consists of numerous and quality actors who were mostly lesser known at the time. Each of them had relatively small but memorable roles. The first among them is Gary Oldman in a fascinating transformation with dreadlocks and a glass eye for the role of dealer and pimp. He stated that he would like to act in a film in which the character of Drexler is the main character, but he is still waiting for the script. Of the other outstanding cast, I will mention James Gandolfini in the role which shows why he did not need a casting for the role in The Sopranos, as well as the lead actor Christian Slater, who after the performance in this film just leaves us wondering what those roles are in which he has been acting in the last few years and why.

If this movie had to be described in one word, that word would be “cool”. A great script that skillfully connects romance with crime, top characters and constant action make this project one of the pearls of films from the nineties.