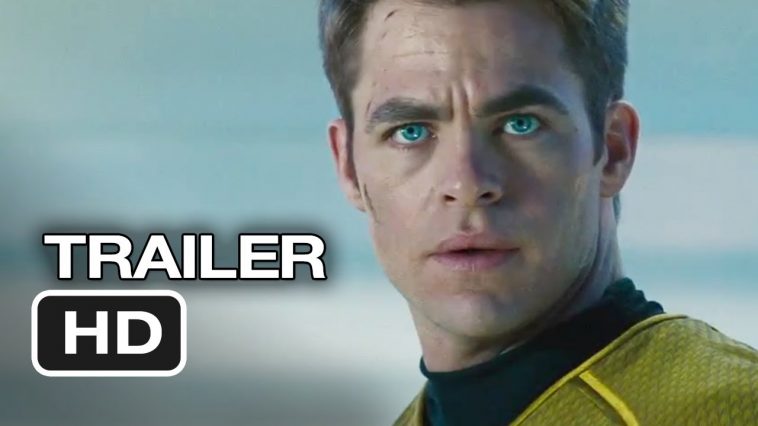 Right at the beginning of my review of the film, I will mention that in my opinion, and I am one of the few who thinks so, this film and its predecessor Star Trek from 2009 were not made for the older guard of ST fans and avid fans. I got the impression that they were made more for the new generation of not only ST fans, but also for the new generation of the sci-fi genre, improved, more innovative, more creative and, of course, accelerated.

I am of the opinion that avid fans,have the same problem with accepting this film as with the main characters in the film – with warp drive and overload. The tracks are overloaded with information, speed of events and changing the plot of the film. For reasons known only to them, gentlemen haters, who are mostly avid fans, are unable to get into that much-coveted warp drive in such a distant future. Although, they will not be alive then, and until then, if there is no apocalypse of world proportions, ST will still live, but in a more modern edition, and that is the charm of this film.

The plot begins with a “minor” incident in which Jim Kirk and Spock lose their positions on the Enterprise point, and yet it does not last long because soon on Earth there is, so to speak, a terrorist attack on one of the Starfleet bases, seemingly aimed at civil society . However, there is something completely deeper and more complex behind it. Jim Kirk regains his ship, takes Spock as his first officer, and with the already established team embarks on the task of capturing and eliminating the man responsible for the attack. In the background of the conflict, in fact, the main tactical game is outwitting between all participants, it is not known for sure whether any of them are opponents or allies, and the stakes will be high, because everyone will invest everything.

The combination of one episode of the first season of the original series and the second sequel from the first trilogy created a new material, more modern, which opens a completely new look at the series itself and restores faith in the possibility of renewing the series with a new generation of fans. This is a great fast-paced action film in which, in addition to a handful of fantastically done action scenes, the characters who are excellently characterized are also taken into account, and attention is paid to their mutual relations. The plot is rich and exciting to watch.

Big minuses and objections are made to relatively insignificant things in the film, such as the laws of physics, the appearance of Leonard Nimoy, the connection between the past and the future, this or that in the fight against corruption, etc. Probably, by tomorrow, individuals could list what is wrong with this film and what is not according to the PS, that is. according to the absolute who decided not to change the track.

The role of Jim Kirk was replayed by Chris Pine, and I must say that I was so wrong when I said in 2009 that he was unconvincing, untalented and very lethargic in such an important role. I withdraw my unfounded aversion and I think it will get better. Spock is played by Zachary Quinto, a great actor of the younger generation, better known for his role as the ultimate evil Sylar in the series Heroes and a smaller but very good role in the great project Margin Call. He represents my new pet who, despite some criticism, is a great choice for Spock. They resent his weaker charisma than the one that Nimoj had, then the expression of emotions that is not characteristic of Vulcans, and the very basis is a strong and solid friendship between Spock and Kirk, and there they refute themselves because the basis of friendship is emotions.

The fact is that Quinto is not Leonard Nimoy and that he represents someone newer, more adapted to the more modern Spock, that is. provides a performance that again does not deviate from the very base of Spock’s character, only perhaps his acclimatization to the role takes longer. The fact is that we probably have a lot of sequels ahead of us, so Quint’s Spock will be accepted just like Nimoyev when some time passes.

The company’s acting team is more or less the same as in the 2009 film: Simon Pegg, Carl Urban, Zoe Saldana, etc. Refreshments are the controversial character Kan (Benedict Cumberbatch) and the even more controversial Dr. Carol Marcus (Alice Eve). To me, Khan’s character is great, superior, aggressive, mysterious, efficient, ingenious, ultimately evil and well portrayed. Many resent that speed and aggression the most, but I think that it is adapted to today’s society and time in order to be as convincing as possible.

My biggest recommendation for this movie. It is completely great, the events are tense, dynamic, interesting, the visual effects are great and at a very high level. The actors are great, fun, convincing and quite lively compared to ST from 2009.