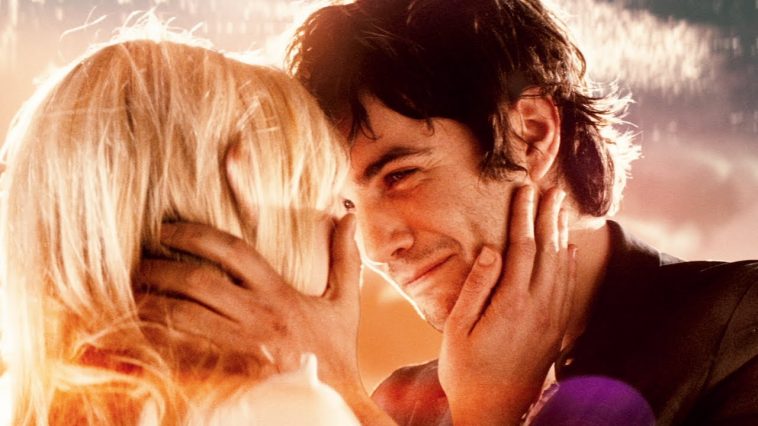 Watching the trailer for this film, which was advertised with the quote “Is love stronger than gravity?”, I got the impression that it is a story of Romeo and Juliet set in a world reminiscent of the world from the movie Inception or Total Recall. Although the project provides a fantastic visual experience, it completely fails in all other areas.

The beginning of the film shows a couple in love, Adam and Eden, and the problems their relationship is facing. They are separated not only by the difference in social class and political system, but also by the force of gravity that reigns between their worlds. These worlds are one below the other and each has its own appeal. In addition, people who go to the opposite world start burning spontaneously after a while. Their connection is interrupted by an intergalactic patrol, during whose intervention Eden experiences a fall. After ten years, Adam finds Eden again and decides to infiltrate a company located in the upper world in order to get closer to her again.

This is a romantic adventure that has stunning visual characteristics and is beautiful to watch. The effects, landscapes and scenography were done at the level of Hollywood blockbusters, and that is, more or less, everything that is worth mentioning in this film. The very concept of these worlds sounds interesting, but it is conveyed in a very clumsy way. This is best seen when showing a huge office in which workers are arranged on worlds, so that some are up and others down, and they are separated by only a few meters, as in the scenes of drinking liquids. The laws of physics are very poorly connected and that is certainly a big minus in this film. People can arbitrarily detach themselves from the ground and fly to another world. It is a confusing fact that the action of these two gravities does not result in a weightless state.

Director Juan Solanas did a very bad job. There are several action scenes that have been ruined by poor camera placement and they are totally uninteresting, have no uncertainty and leave no impression. The script is full of holes and really leaves the viewer in awe in certain scenes and situations. The story of the romance itself is very thin, full of clichés and without a real plot. The unfolding comes unexpectedly and is not effective. It is sad that the film shoots primarily at romance and has completely missed the point. The characters are desperately characterized and there is simply no opportunity for the viewer to come to terms with them.

The acting in this film is horrible to say the least. There is no chemistry between the main characters at all and they do not present romantic, in love people. Jim Sturgess and Kirsten Dunst are quality actors, but they showed absolutely nothing in this film, except that Kirsten knows how to stutter.

This film is worth watching only because of the visual effects and more or less interesting ideas of the fantasy world. If you expect a great, tense, romantic story behind it all, then this is definitely not the movie for you.