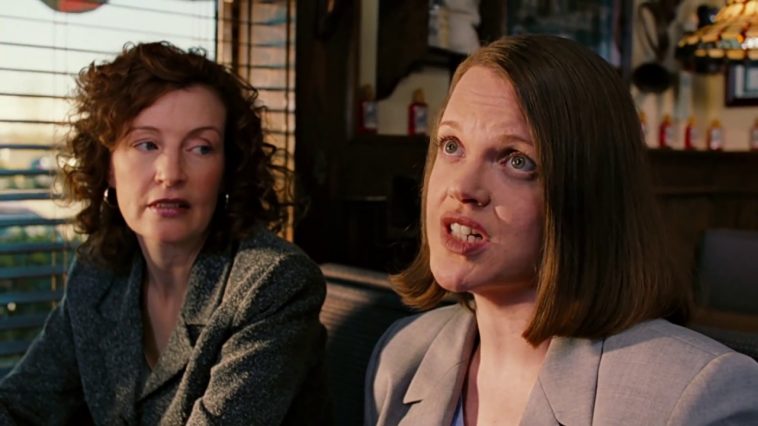 Today, it is really difficult to find a comedy that does not come down exclusively to relatively funny scenes and dialogues seen so many times. I thought that this project was one of those and I delayed watching it for quite a long time, even though I received Solda’s recommendations for it. After watching, I look forward to the opportunity to look at it again.

The plot of the film is located in the restaurant Shenanigen and follows its collective, which consists of fifteen people of different mental composition, with their problems, plans and thoughts. The main protagonists are Dean, a young man who realizes that his life is in vain and who has been offered the position of assistant manager, and Monty, a womanizer whose life is reduced to chasing skirts. The film follows the events during the average working evening when the restaurant is full of guests.

At first glance, it seems that this is an impersonal comedy with bad humor, which shows the jokes of the staff with the guests of the restaurant. Insufficiently characterized, but comical and sympathetic characters represent an excellent mix of interesting people whose life desires and personal problems can apply to any employee in the profession. The project is excellently managed, it does not allow attention to fall and its light action makes it unnoticeable when the film is finished, leaving the viewer to watch the check-out rush while waiting.

Some critics note that this is one of the most accurate depictions of the staff in the restaurant, and it is rare that a worker in this type of service activity did not state that the film is excellent. Degradation, psychological torture and humiliation are realistically presented by a wide range of guests, but also by innovative ways of revenge. The characters are diverse, so we have a provocative minor, kids who want to be rappers, a fat cook addicted to sex, a waitress with anger attacks, a waiter with mental problems, etc. You have already noticed such qualities, but they are set to seem surprisingly real and true. The film is full of all kinds of humor, starting from comic unusual situations, through spontaneous comedy possessed by actors, all the way to the extremely debatable black humor.

The casting was done great and it seems that every actor was created for the role he got. Ryan Reynolds presented the characteristic role of an egocentric seducer who never gets bored. The role of Dean, a guy torn between desires and possibilities, was a bit more demanding and was performed by the solid Justin Long. Anna Feris in the role of a waitress shows that she knows something else besides the pointless staring and exaggerated excitement shown in the series “Scary Movie”.

“Waiters” is a solid comedy and I recommend watching it. Instead of a conclusion, I will repeat Monty’s words “never mess with people who bring you food!”.