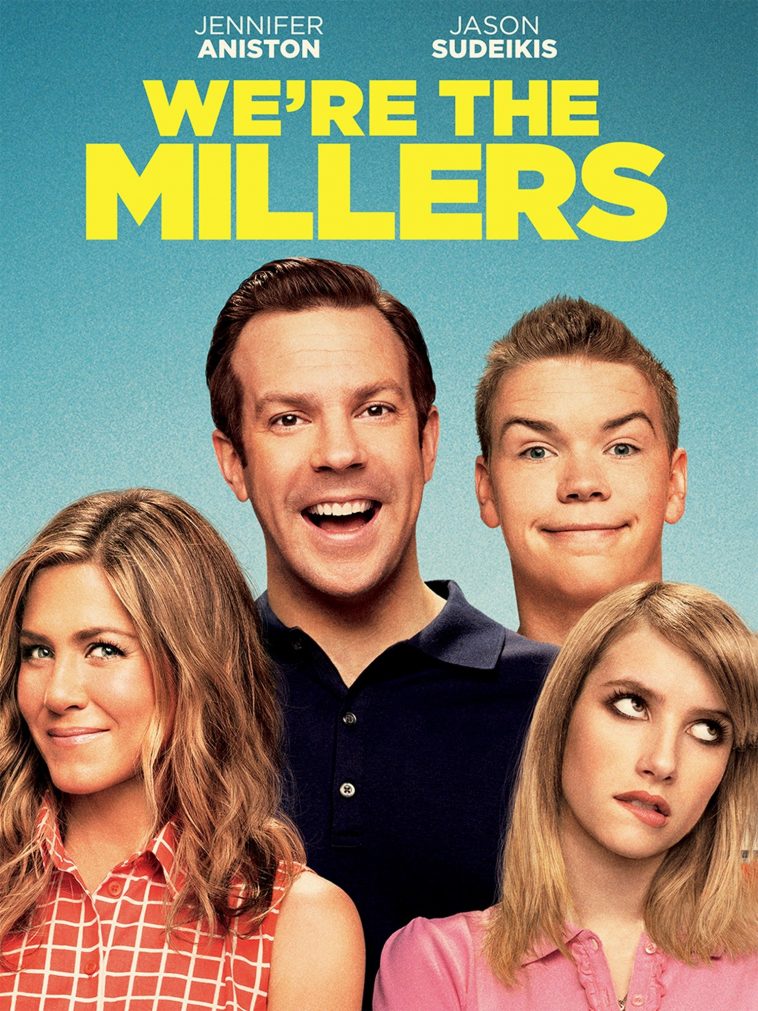 The tandem of Jennifer Aniston – Jason Sudeikis entertained the vast majority of viewers in the comedy Horrible Bosses. Sadekis then offered her characteristic role, while Aniston played something quite new to her, an ambitious and powerful woman who treated her assistant as if it were her property. This time, the screenwriters directed to pair them with two young and talented actors, and the end result is, although almost completely predictable, surprisingly good and fun.

The protagonist of the film is a petty marijuana dealer, David Clark, who loses a larger amount of drugs while trying to help his neighbor. Because of that, his supplier is blackmailing him, and David has to do him a favor by importing a certain amount of marijuana from Mexico to the United States. Coincidentally, he notices that families in larger vans (traveling houses) are not inspected in detail at the border, and decides to gather a fake family to help him in his mission. His family consists of an intrusive neighbor, an older stripper and a girl who ran away from home.

At first glance, one gets the impression that this is a typical American, factory comedy with what has already been seen during the plot and a lot of clichéd scenes and dialogue. While the fact is that this film does not deviate too much from that first impression, it is also a fact that the film provides a quite satisfying number of original and unpredictable scenes and jokes and possesses at times surprisingly great humor. The humor itself is debatable, with a lot of politically incorrect sketches and some raw dialogues and jokes, but the general impression is that it is quite good in this film and received a passing grade.

The screenwriters quickly introduce us to the story, elaborate the characters and, as the new character appears on the screen, pay attention to his needs, thoughts and feelings, so a lot of attention is paid to their elaboration and characterization. However, as the plot progresses, it is noticed that the screenwriters lose the idea, so that over time the film turns into an overly clichéd family drama in which at the very end, according to the already written rule, everyone feels extremely connected and can hardly imagine life without each other. The very ending is the most debatable and, in my opinion, spoils the general impression.

The main tandem of actors did not provide a spectacular performance and at times they seem quite pale and uninterested. Sadekis shows us an interesting and emotional dealer, but the fact is that his role does not require too much acting skills. The same is the case with Jennifer Aniston, who was most mentioned for her provocative stripper dance and pretty good looks for her age. It is worth mentioning Emma Roberts in the role of a troubled teenager and Will Poulter, whom a large part of the male audience will be very envious of during certain scenes.

This film is definitely one of the best comedies this year, although it does not provide anything spectacularly new and innovative. She will entertain and make you laugh and I suggest that everyone look at her.