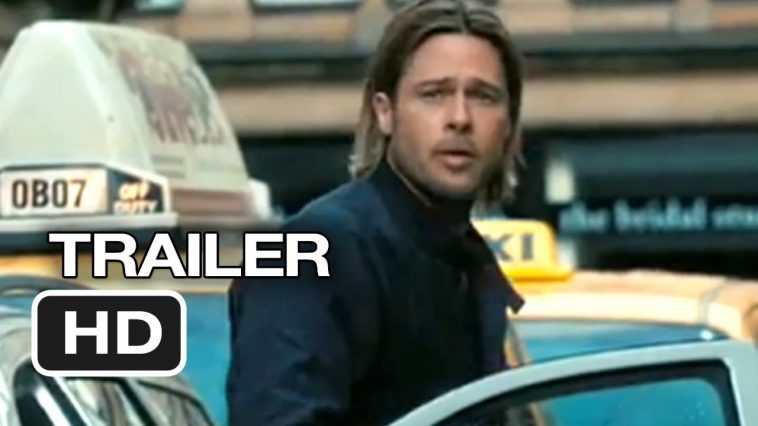 Since 2004, when Zack Snyder remaked the great George Romero and his cult film Dawn of the Dead, there has been no solid film on the subject of the zombie apocalypse. Individuals will say that this year’s Warm Bodies movie is great, but I personally think the movie taste of such people is zero.

The main protagonist of the film is Gary Lane, who is a former United Nations investigator. Suddenly, the world is gripped by a mysterious infection that turns the human population into meaningless hordes of zombies. After barely escaping the chaos, Lane is forced to go on a mission to investigate this infection and to find an antidote. What follows is a dangerous tour of the entire world where Lane is followed by terrible dangers in an attempt to find a solution before the complete collapse of human civilization.

This is a really great action horror drama. What is first noticed is the fact that this is a blockbuster with only one globally known actor who carries the entire film. This is certainly a big plus and is not so common in modern high-budget projects.

Like any zombie apocalypse movie, it has a beginning that is too cliché – the world is suddenly gripped by a zombie apocalypse and the survivors are guided by the slogan “Run for your life”. However, the project is at a very high level, considering that apart from Brad Pitt, there is no more famous actor or actress in the film. It is valid, credible and has an interesting story. The unfolding turns into clichés again, but in the right direction. He has a background story, he is tense, well done and his acting is at a very good level. Still, the impression remains that the film could have done much better.

The shooting of the film itself was accompanied by numerous problems, such as breaking the budget. A certain number of the audience also protested due to the fact that the book according to which the script was written was not faithfully adapted, because the book mostly dealt with socio-political changes in the world under the influence of the apocalypse, but that was not mentioned in the film. It also gives the impression that the project, in relation to the huge hundreds of millions of dollars invested in it, occasionally looks cheap. Personally, I resent the transparent American propaganda of bad guys or villains.

The title role was taken by the great Brad Pitt, who is getting better with wine, and each new role is more complete and better. Excellent was the relatively unknown Mireille Enos, who plays Lane’s wife, as well as Daniella Kertesz in the role of a bold taff girl.

“World War Z” is an interesting, dynamic and fun project. A recommendation to all horror fans, especially zombie movies, who will definitely not be disappointed. After a long time, this is a film worthy of “zombie” attention. On the other hand, I’m not sure fans of other genres will like it, primarily because of the somewhat clichéd story and relatively predictable scenario.