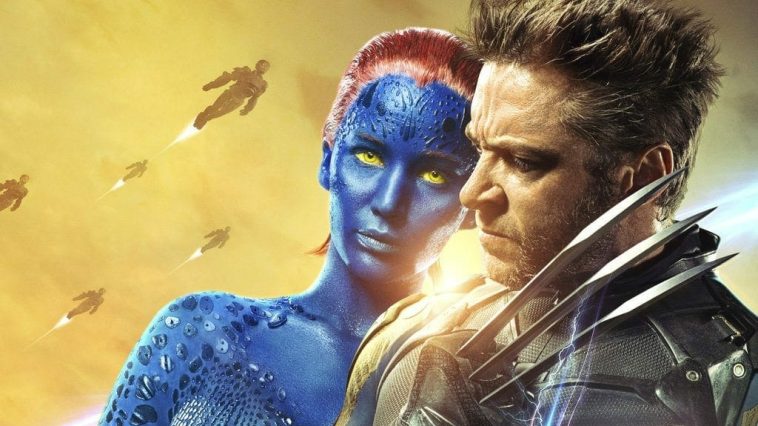 The future, 2043. There was an imminent extermination of not only mutants but also people destroyed by the Sentinels, robots originally made to exterminate mutants. The only salvation for the X-Men mutants is to go back in time and prevent the event after which their destiny was cemented – their downfall began when the Sentinel program was given the green light for the murder committed by Raven (Mystique). The survivors are in a cave where there is a young mutant Kitty Pride (Ellen Page) who has the ability to take people back to the past. Professor X (Patrick Stewart) and Magneto (Ian McKellen) must forget about hostility and join forces to try to save what can be saved.

Kitty says that the Professor is the ideal candidate to return to 1973, but since he could not physically endure the trip, the difficult task falls on Wolverine (Hugh Jackman). His task is to convince Professor X, Mystic and Magnet that they sent him from the future. He goes back to 1973 at the end of the Vietnam War and must first find young Professor X. James McAvoy who has very little in common with a 50-year-old professor. Mystic (Jennifer Lawrence) He spends his days getting drunk and drugged with a drug that nullifies his powers, and the only mutant man left with him is Hank (Nicholas Hoult) in a villa where his gifted school has not existed for some time. He easily reached the professor and relatively easily managed to convince him that releasing Erik \ Magnet, who is being held in a strictly guarded underground prison in the Pentagon building, will be somewhat difficult, but not impossible.

Bryan Singer only didn’t direct the third installment of the X-Men franchise, which garnered the worst reviews. He returned expressively with the excellent First Class, and he also did a great job with this sequel, with a few changes compared to the comics. While in the comic Kitty is the one who returns, here Wolverine returns. When a film like this is made and when the future and the past are combined, there can often be complicated jumps in the plot that would reflect on future sequels, but this is not the case – Singer simplified everything so that there would be no unnecessary complications. At the beginning, the film gives us indications that it is a faster pace and dynamic action that will hold our attention and that will not disappoint us.

As for my general impression of the film, it is a very good sequel, but I can’t shake the impression that it lacks something, something undefined, a component that would connect the film into a great whole. This is just a good piece of film / sequel. Singer gave Raven a little more space in the film, although I adore Jennifer Lawrence, I think it was even a little too much, and e.g. too little great Michael Fassbender who plays Magnet from his younger days. The villain also has a kind of minus, but I’ll talk about that later. The action scenes with special effects are great, impressive and pompous, but the film would not be so good if they did not fit in with the drama, which is also a strong element in the film, and with a little humor, which is inevitable.

I have already said that Hugh Jackman has grown into an actor of great caliber who can play just about anything – a cruel magician, a desperate father, and he can also play Wolverine. James McAvoy, as usual, did a great job as a professor from his younger days, he simply gives 100 percent in any project – while in First Class we see him as an idealist and leader, here we “meet” a disappointed and indignant professor. As for Fassbender, he is in the current highlight and the attention he really deserves, he did a good part of the film very well, he even stands out as the main villain more than Dr. Bolivar Traska, who is intended for the role of the villain.

Bolivar was played by the currently very popular Peter Dinklage when we see him as Tyrion Lannister in the Game of Thrones series. Personally, I have no objections to his great acting, only a minus goes to the director who, in my opinion, did not give him enough space to assert himself as a villain par excellence. I have to mention the best part of the film – it’s the scene of Magnet’s release from prison, where the film is “stolen” by a supporting actor, and it’s definitely the appearance of a young mutant Peter \ Quicksilver as Evan Peters.

A big recommendation from me to the fans of the X-Men saga and comics, but also a recommendation to those who want to watch a good and fun blockbuster that doesn’t lose pace for a second.