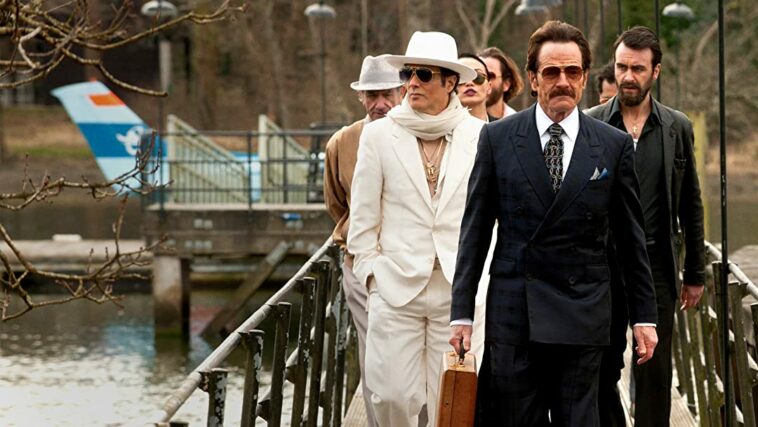 Bryan Cranston has gained serious acting status after the Breaking Bad series, which he currently uses in biographical dramas (not counting the trip to Godzilla). Last year’s film Trumbo was almost entirely on his back, and I had the impression that such a case would be in the new project The Infiltrator. Premise promised an interesting two hours spent on the screen, but the realization was not at the best level.

In this biographical drama, Cranston plays Robert Mazur, an undercover agent involved in catching drug dealers. In those years, there was a great expansion of cocaine dealing from South America, primarily due to the work of Pablo Escobar, so the DEA and the police had their hands full. Robert is about to retire, but decides to do another job. He takes on the character of Bob Musela, a successful businessman, with the goal of exposing, with the help of the Emir (John Leguizamo) and Kathy (Diane Kruger), a team of people involved in money laundering, especially Pablo Escobar. In time, he realizes that this job will not be easy at all…

Considering that this is a true story about an undercover agent in the action of catching bad guys and starring a team of professionals who know their job, I was expecting something similar to Donnie Brasco’s film. However, after a few minutes, I realized that The Infiltrator would rely on two factors: the charisma and quality of Brian Cranston and the visual impression. Costumes, set design, beautiful locations, cinematography, music (Leonard Cohen) – it all takes us back to the eighties and gives us that special atmosphere. As far as that is concerned, hardly anyone can have any objections, but what I object to is the script, which was written completely great, so the style came before the substance.

The story certainly had the potential for serious authorial engagement, but everything was done too much. We see that a lot is happening, but for most things we have no idea why this is happening now or why it is happening now. We are deprived of the finesse of police work and explaining the specific procedures of the action, so we are literally left to fend for ourselves, and we don’t even have a basis on which to manage. According to the script, one man was responsible for arresting so many people, and he didn’t do anything concrete except a couple of conversations and listening to tapes – a bit funny. We don’t even know how long the action of the film lasts. The dialogues are in the service of entertainment, without seriousness related to the plot and tangible tensions, but they go perfectly with all the glare from the screen. Simply, everything is done for the classic viewer of Hollywood movies, who does not ask too many questions.

Brian Cranston broke up in the lead role, literally broke up. At one moment, the man is a tired retired uncle, and at the next, he has arrogance and an attitude as if he were the president of the United States personally. The small details he presents through facial expressions give his character great conviction that he is a man of flesh and blood like all of us, and not some agent-hero there. John Legvisamo is the ultimate choice for a striking supporting actor, he has some crazy gleam in his eyes and can bring everything out with ease, while Diana Kruger is simply divine. The whole cast did their job more than correctly.

The Infiltrator is essentially not a bad movie, it is primarily drawn by top acting, but it has a problem with not attracting the viewer, not creating too much enthusiasm to watch, or real interest in how the story will end. Fans of the genre can use it to kill a boring autumn evening, but rarely will anyone watch it twice. I liked the sentence in which one of the characters says that the American economy would have collapsed without the money of the drug cartel, and I would like to see something more about that one day.