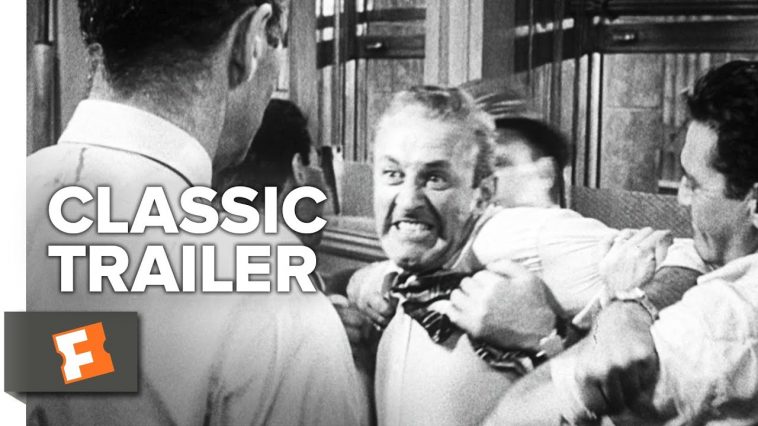 This time we return to the further past of cinema, more precisely to 1957 and the film “12 Angry Men”, i.e. “12 Angry People”, also often called “Jury” in our country. This moment had to come when we will finally deal with this film, for the simple reason that it is at the top of our list of the best films of all time. Despite the Pomodoran tendencies, the categorical rejection of every film whose age exceeds ten years, from the mouth of the younger generation, miraculously, one can hear more and more praise for this film that is so far from our generation. The popularity, which has remained quite decent after so many years, is not surprising at all, considering that it is a project of extraordinary quality in almost every respect, which can certainly take the status of a masterpiece and the epithet of genius. Also, this film is a great example of indisputable quality that resists time even after more than half a century.

Randomly watching the scenes, it would be said that this is actually a boring film. Namely, the action takes place within a minimal and very monotonous scenography, in the form of a jury room with twelve jurors, who are just talking. It doesn’t sound very interesting, does it? However, this film is far more than that. Dialogues among jurors are imbued with dynamics, excitement and twists, which are very rare in today’s film. Despite the minimal resources on which this film is built, a story with a great message has been created that will make you think, and that is exactly the greatness of this project.

The story follows twelve jurors, who, after the trial of a minor boy for the murder of his father, retire to their room in order to make a decision on which this boy’s life will depend. The boy’s guilt is seemingly very clear and almost all jurors, except one, find him guilty without hesitation. The jury’s decision must of course be unanimous. Juror Davis (Henry Fonda), also the protagonist of the film, is the only juror who is unsure of the boy’s guilt and it is up to him to convince the other members of the jury to reconsider his decisions.

The acting in the film is great, and all twelve characters are excellently crafted. All characters have approximately equal participation, except Fonda as the protagonist and juror no. 12 (Lee J. Cobb), who would represent the film’s antagonist. Also, despite the shorter duration of 96 minutes, the essence of the personality of each of the jurors was quite skillfully evoked. Watching this group of people in the film, one gets the impression that it is about humanity in a small or perfect sample of some average population. At one end of this group is Fonda, as an example of a moral man, ready to stand up for what he thinks is right, and at the other is Cobb, a man of impulse, aggression and prejudice. In the gap between the two, the others are distributed depending on the degree of agreement with one or the other extreme. The only noticeable flaw of this jury is that there are no women in it, but even that is quite understandable having in mind what time it is about.

The message that would fit perfectly into the movie “12 Angry Men” would be the famous statement of Edmund Burke, “in order to prevail, only a good man does not do enough”. Juror Davis’ action is a great example of how the struggle for good sometimes means very little, seemingly insignificant and unimportant. His greatest courage lies in opposing the opinion of the majority, based on only a shred of doubt. The saddest thing is that films like this call into question the credibility of the justice system, as well as justice in general. After all, the story in this film is a bit fairytale-like, and thus the faith in justice is shaky.

In the spirit of this text, ignore the prejudices and give this film a chance. If your resistance to old films is too great, we will recommend a weaker remake of Nikita Mikhalkov from 2007, under the simple title 12, then a television remake of 12 Angry Men from 1997, as well as the Indian version of Ek Ruka Hua Faisla from 1986.