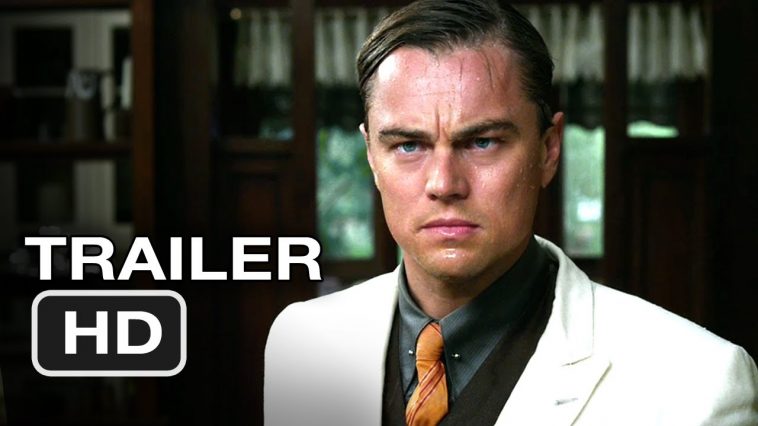 One of the most anticipated and most watched films in 2013 is this, the second, film adaptation of the popular novel by Francis Scott Fitzgerald. Critics and audiences were divided during the evaluation, because it was mostly compared to the novel itself and the first film adaptation from 1974, but the fact is that when this project is viewed as a separate entity, it leaves a mostly positive impression.

The beginning of the film introduces us to Nick Caraway, a guy who got a job on the New York Stock Exchange and who found accommodation next to the luxury villa of the mysterious Jay Gatsby. Gatsby is widely known for his lavish parties that gather all of New York, and on one occasion he invited Nick to join the party. Nick meets him, they establish a good relationship and eventually learns that the main reason for their meeting is Jay’s desire to meet Nick’s cousin Daisy, who lives on the opposite side of the bay.

Directing and adaptation of the script is entrusted to Baz Luhrmann, a man whose works are known for their gorgeous graphic details, good music and costumes. Individuals are of the opinion that there is too much kitsch in his projects and that he unnecessarily emphasizes the splendor and variety of colors, which is noticeable in this film as well, but I consider it a big plus. There is an obvious great effort to show the atmosphere of New York life, and some somewhat unrealistic and overemphasized details represent the artistic freedom of the director, which has nothing to complain about.

There was a great controversy over the choice of musical background for this project. Just as Quentin Tarantino was reprimanded for releasing hip-hop music in the very final scene of the unfolding of the film Django Unchained, so here individuals resent the entire soundtrack consisting of contemporary pop hits. As a great lover and admirer of innovation in contemporary films, I am delighted with such a choice, because I am more enchanted by the luxury and atmosphere of that time. I think that the music from that time would seem too retro with modern scenery, technical achievements and the 3D way of shooting that accompanies this film.

I mentioned that the project exudes a magnificent selection of scenery and costumes. It is noticeable that a lot of attention was paid to every detail so that the final product looks technically perfect. The direction is top-notch, it is excellently edited and numerous scenes with special effects and computer-designed scenography make it look something innovative and very beautiful to the eye.

The cast is great. Jay Gatsby was introduced by Leonardo DiCaprio, who is standard good and dedicated enough to his role and character. His subtle hint of a false smile and overemphasized gestures that betray a dissatisfied man is noticeable. The role of narrator Nick Caraway was played by Tobey Maguire, who partially spoils the impression with his, in my opinion, too childish and lethargic voice. Also worth mentioning are the great Joel Edgerton and the increasingly popular Carey Mulligan.

The only major complaint is that it is too long and it would be a complete success if it was shorter by thirty minutes. Since I haven’t read the book yet, nor am I able to look at the original film adaptation from about forty years ago, I am more than satisfied with what I saw and I think that everyone should look at this work by Lurman in all its glory.