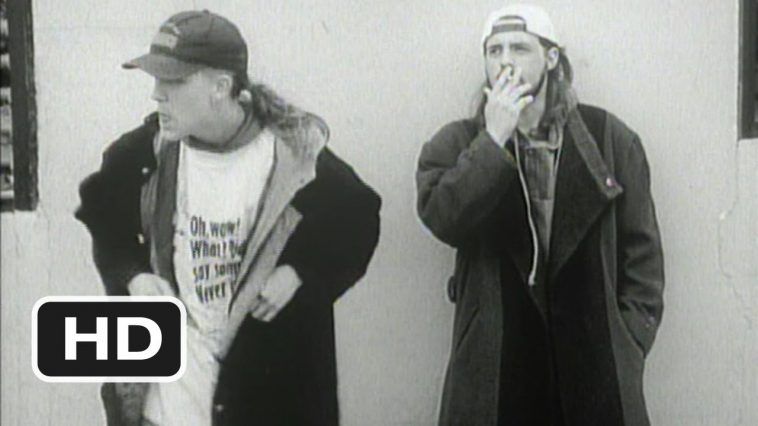 In the 1990s, in addition to the numerous action / police films that ravaged that period, they were prolific for many low-budget comedy authors who, combining will, effort, great ideas and perseverance, created projects that still make viewers laugh. One of those authors is Kevin Smith, who in 1994, with miserable investments, created a film that set homework for all comedy authors and which won numerous films with a budget several times larger.

Almost the entire film is housed in one store during the day shift. The story follows Dante and Randall, best friends who work in bars next to each other. Dante’s workplace is a small shop, while Randall is in a non-profit video store. Dante is obsessed with his ex-girlfriend Caitlin, although he is in a stable relationship with Veronica. The film is divided into 18 mini-units with random names, which are full of rather surprisingly clever anecdotes, tips and dialogues. The extremely nihilistic attitude towards customers, towards obligations at work, as well as towards life itself is also shown.

The vast majority of film lovers know what problems the director and screenwriter went through during the filming. Small budget, problematic working hours, lack of extras and professional people who would give a more professional touch to the project. However, the fact is that the work paid off many times over and that Kevin Smith is one of the most popular Hollywood workers today. Some critics believe that this is one of the best independent films ever made and that it is a big plus that certain segments of the film, such as acting, editing and camera, are extremely amateurish. It is important to say that the entire film was done in black and white and that it is adorned with an excellent soundtrack.

As I have already mentioned, the script is surprisingly good in all respects. Various topics, starting from male-female relationships, all the way to responsibility at work, are presented in a serious way with an inevitable dose of comedy. Humor is raw, incorrect and sometimes on the border of taste, but that is the characteristic for which Smith’s works are still known today. The characterization is excellent and convincing, so that the viewer sympathizes with the characters.

The film crew consists of people who are either close friends of the director or members of his family. Among them, the tandem of Jay and Silent Bob definitely stands out, which consists of Jason Mewes and Kevin Smith himself. This duo will later appear in some projects and will become a kind of trademark of this author. Brian O’Halloran in the role of Dante and Jeff Anderson in the role of Randall should also be singled out. The two of them represent the business owners themselves and they did a great job.

“Clerks” is definitely worth watching. Apart from the fact that it is a fun, cult indie comedy, the recommendations are based on the quality of the script, solid humor, as well as the specific warmth that adorns the entire project.