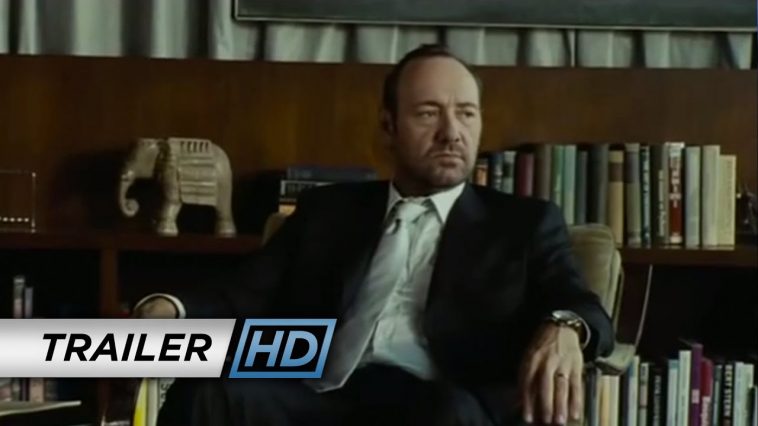 Kevin Spacey is a man who, with his undeniable acting qualities and spontaneous charisma, manages to enrich every project in which he takes part. Performing on his recent works, I came across this film, which did not go very well with either the audience or the critics, but I decided to watch it, primarily because of the main actor, without any high expectations.

Spacey plays Henry Carter, a psychiatrist whose patients are members of the Hollywood jet set. He is tormented by deep internal problems that eventually lead him to shut himself up in an inaccessible human shell and start using a large amount of marijuana. His colleagues and father, also a psychiatrist, are worried about him, so his father gives him an interesting case of young Xhema. The story involves an unsuccessful screenwriter whose godfather is Carter, the paranoid producer Patrick, his assistant and several other characters, each of whom has his own specific life problems.

Right at the beginning, I must mention that the script was written surprisingly well. Great attention is paid to the development of each character individually and their excellent characterization has been done, while the dialogues are meaningful and high quality. However, everything seems too lethargic and drawn out. There are no exciting events, uncertain situations and unexpected upheavals, ie. it is safe to say that there is no reversal at all. The plot develops slowly and results in an ending that is not effective and does not round out the entire film, so I understand the negatives of the criticism I mentioned in the introduction.

Hollywood celebrities were chosen as the protagonists, which is certainly a plus, because it portrays such successful people as ordinary mortals, with their own problems, desires and thoughts. This way differs drastically from the traditional portrayal of wealthy filmmakers. The direction is good and I praise the work of the camera.

Kevin Spacey provides another brilliant performance. He totally enjoyed the role and left an extremely realistic and convincing portrayal of a mentally broken man. He has a trait of charisma that seems to be viewed with regret, but also with great interest. All the actors did a good job, and I have to mention Robin Williams in the interesting role of an unstable film producer stretched between marital monogamy and sexual needs.

The whole project has quality elements that are poorly fitted and it lacks a bit to get out of the average. It lacks a slightly faster tempo, as well as the lack of numerous scenes in which the facial expressions of the characters are shown without any events. The lack of liveliness and excitement and the extremely lethargic impression it leaves do not allow the viewer to take a deeper interest in him.