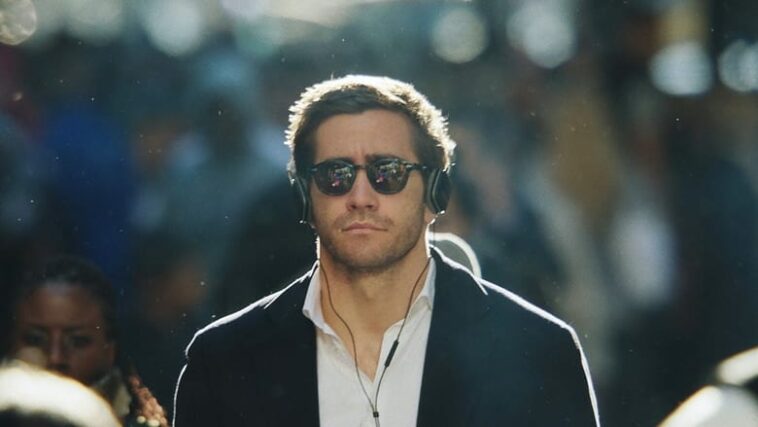 Demolition is a drama full of comic elements, directed by Jean-Marc Vallée, known to all for the Dallas Byers Club, for which Matthew McConaughey won the Oscar for Best Actor. Vale also directed a good biographical drama with Reese Witherspoon (Wild). So, two confirmed qualities were a good precondition for a good film, and that’s how it turned out in the end.

The film follows Davis (Gyllenhaal), a successful banker who works in his father-in-law’s company, has a big beautiful house and a woman who loves him – it would be called a perfect life. However, everything changes radically when Davis and Julia’s car is hit by others when they go to work. She dies while Davis passes without injury. Shocked, hours after the accident, he tries to take a chocolate bar from the machine in the hospital, but it gets stuck, and Davis is left without a chocolate bar and without money. Shortly afterwards, walking through the next hours of his life, like through a fog, he came up with the idea to write to the customer service of the company to which the candy machine in the hospital belongs. His letter is anything but ordinary, he writes more after it, and then he gets a strange invitation that will change his life….

I said at the beginning a weird movie, which Demolition really is. There is a lot that is atypical in him, starting with the characters, their works, as well as the way this story is told. At the beginning, you need a little time to get used to the way Vale wanted to present this story to us, so the introductory moments will be like that, with a stir, a little resistance, but then you just click with everything you watch after the introductory stirring, you just enjoy it.

At the center of everything is Davis, that is. the great Gyllenhail, who again convincingly shows his talent and the role of a weirdo, i.e. the strange roles it brings us again and again. It just shows the breadth of his acting skills, which seems to flow in the family. Davis, as has been said, has it all. His whole life was arranged in a way, quickly and effortlessly, as he himself said when asked why he married Julia: It was easy. That perfect life of his is abruptly cut off, like a sword. After the initial shock, there is numbness, lack of emotions, empathy. The state of a flat plate occurs, and as such it becomes an ideal target for new sensations, which will cause unexpected emotional reactions in our hero. Reacting to those sensations of the living world around him, Davis does completely unexpected things for him, only to him, perhaps a crumb, understandable.

In all this, she meets Karen (Naomi Watts), who is also overwhelmed by her collection of problems, which she deals with in her own way. Although Karen is an emotional mess, she may be the only one who can understand him and give him something he needs at the moment, even though he doesn’t know what it is. In all this, Davis has no idea that he himself is the answer to many of Karen’s problems. Watching these two strange worlds as a balm to each other is a lot of fun.

In addition to all that, Davis comes up with a strange idea, and remembering something he heard from his father-in-law, that you can fully understand something, only if you understand how it works. So Davis starts to disassemble everything he can get his hands on, various machines and devices around the house, office, etc. However, what started with that, and then developed faster and faster, was the dismantling or, as the title says, the demolition of his life that he had lived until then.

It is this stacking of dice throughout the film that is the merit of Vale’s excellent direction, as well as the entire cast, which simply did a great job. Turning various parts in the strangest ways, mixing different life situations, unexpected reactions, emotions and deeds of all involved characters (in order to get a completely clear and rounded whole, ie the core of the story) is the greatest strength of this film. The skill of the director and the whole team that performed all this under his leadership certainly deserves and justifies the time you will spend watching Demolition.

The story of loss, love, pain, life and dealing with it in the strangest possible way, also guarantees great movie fun, which Demolition certainly is. The time you will spend thinking about the same while discovering new small details, confirming that you have watched something special, only speaks of the quality of the film and is certainly a confirmation of the right film choice.