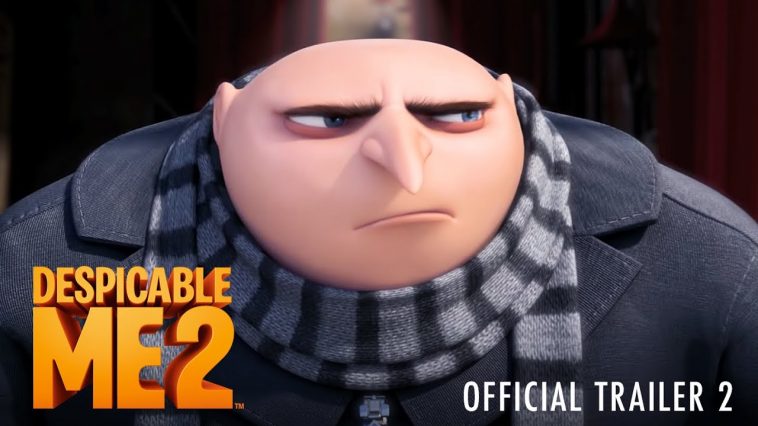 After an unforgettable film from 2010, which won audiences around the world in a short time, the creation of a sequel was eagerly awaited. As a rule, with some exceptions, the sequels cannot approach the interestingness and quality of the first part, which, unfortunately, is partly the case with this project as well.

Gru, a former super criminal, adjusts to family life in this part and tries to start an honest business. However, a secret laboratory in the Arctic has been stolen and the Anti-Evil League is recruiting him with the help of insiders to help them. Together with the eccentric Lucy, he concludes that the suspect is El Macho, a criminal who was believed to be dead. Gru is torn between caring for children, investigating the villain and growing attraction to Lucy, and must find a way to arrest El Macho before he harms his loved ones.

In order to understand the plot of the film, it is not necessary to watch the first part before watching this sequel, because there is no insistence on the facts from before, which is certainly a plus. This is a great, entertaining, family film that is interesting for all ages and that has great, characteristic humor. The tempo alternates between slow and fast and back, so that it does not allow the viewer to lose interest. Of course, here too the main protagonists of the film are the sympathetic Minions, with their specific language that can be understood even though it is fictional.

The animation is quite impressive and the film visually looks superb. The landscapes and scenes are vivid, and I would especially emphasize the work during the action scenes. The characters are excellently characterized and show emotions such as parental love, falling in love, but also the efforts of the former villain to find satisfaction in honest work. The favorites from the first part were brilliantly added new characters who fit in great and gained the audience’s affection.

Gru got his voice again from the great Steve Carell, from whose voice comedy erupts even when he is not uttering comic sentences. Kristen Wiig lent her voice to agent Lucy, while Benjamin Bratt unexpectedly performed the Spanish accent of El Macho. It is interesting that this role was first intended for the legendary Al Pacino, who recorded certain parts, but then gave up on the project. It is worth mentioning Pierre Coffin who lent his voice to most of the Minions.

This is a very fun and comical project that is partly overshadowed by the fact that there is no such factor of surprise as the first part. It is a little behind it, but as a standalone film I have only words of praise for it. It definitely stays in a fond memory and is worth taking an hour and a half to look at.